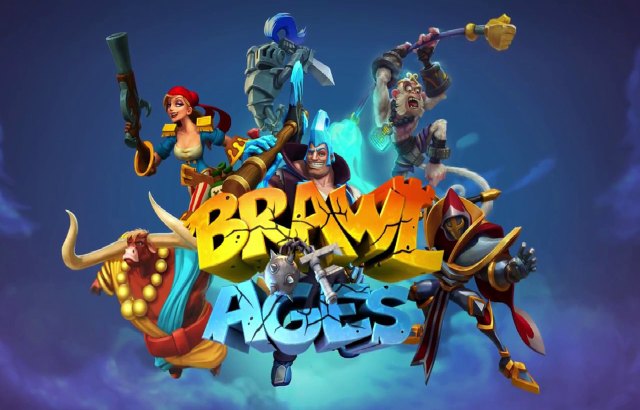 If you haven’t heard of Brawl of Ages, you should. It’s a one versus one CCG game with tower defense mechanics. From first looks, it’s a throwback to games of yonder that were able to capture the attention of gamers who want something casually competitive. That’s what games like Hearthstone were born from, a simplified casual game with the potential to offer some serious fun.

Brawl of Ages simply brings that feeling of casual goodness back on Steam. The premise is incredibly simple. Two players are pitted against each other, and must destroy the opposition’s main tower to win. That main building is flanked by two smaller towers that shoot defensive projectiles, and are accessible by lanes. That’s where the RNG and card mechanics comes in. You get a random draw of cards from your deck that you can play at any time if you have the mana. These cards can summon soldiers on the battlefield, and you place them on grids. Strategy is needed to identify which lanes or towers needs defending or attacking. Besides soldiers, there are skills as well such as launching missiles. But enough about the basics, here’s three reasons why I had so much fun playing it. 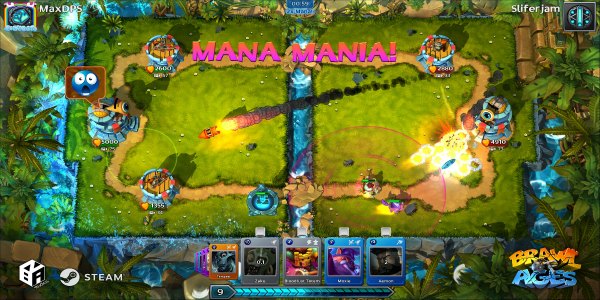 Brawl of Ages Is Highly Accessible

What I find so attractive is that the mechanics are fool proof. Three tutorial matches and the deck-building introduction are all you need to get started. Because of that, it makes the game easy to learn and just play with friends and family for a good time. Being free to play is another plus point, and you can purchase premium currency to buy cards. But at the early stages, there is really no need for that if all you need is an hour of fun tower razing. The graphics aren’t demanding at all, and even the most potato of computers should be able to run this game without a hitch. 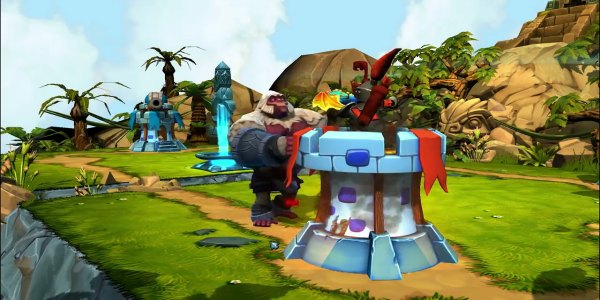 There are no waiting in queues or twaddling your fingers while your opponent decides their next move. The clock is ticking in every match, which means players are always on the offensive and defensive. Too long of a wait or time spent thinking could mean the end of one of your towers. Hence, giving the game much needed quickness and urgency in its gameplay. I really like being able to jump in matches, have a bit of a tango in there and jump our ready for the next one. It gives players the freedom and time to spend more elsewhere, like in the Vault to tweak their decks and cards. 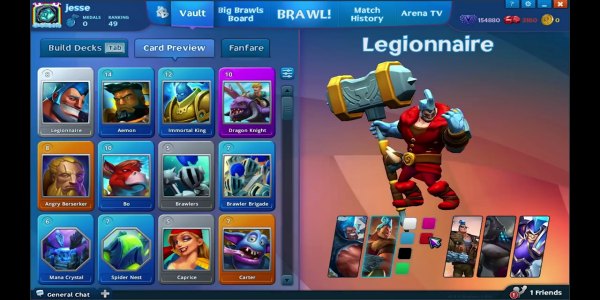 The final piece of the puzzle needed in every CCG game are the visuals. Brawl of Ages delivers this in a great way that’s visually satisfying. As with most tower defense games, graphics and animations are going to matter. Especially considering the mass audience appeal of such a game, it has to cater to younger and older audiences at the same time. I think players will come away satisfied. The animations and art work for the various different cards, skills and soldiers are fantastic when they come to life on the map. The map itself is a visual story, with a river flowing in between. The overall set piece is something that looks like it belongs in League of Legends or DOTA.

Final words? If you are looking for a quick and easy game to play with friends and family, check out Brawl of Ages.