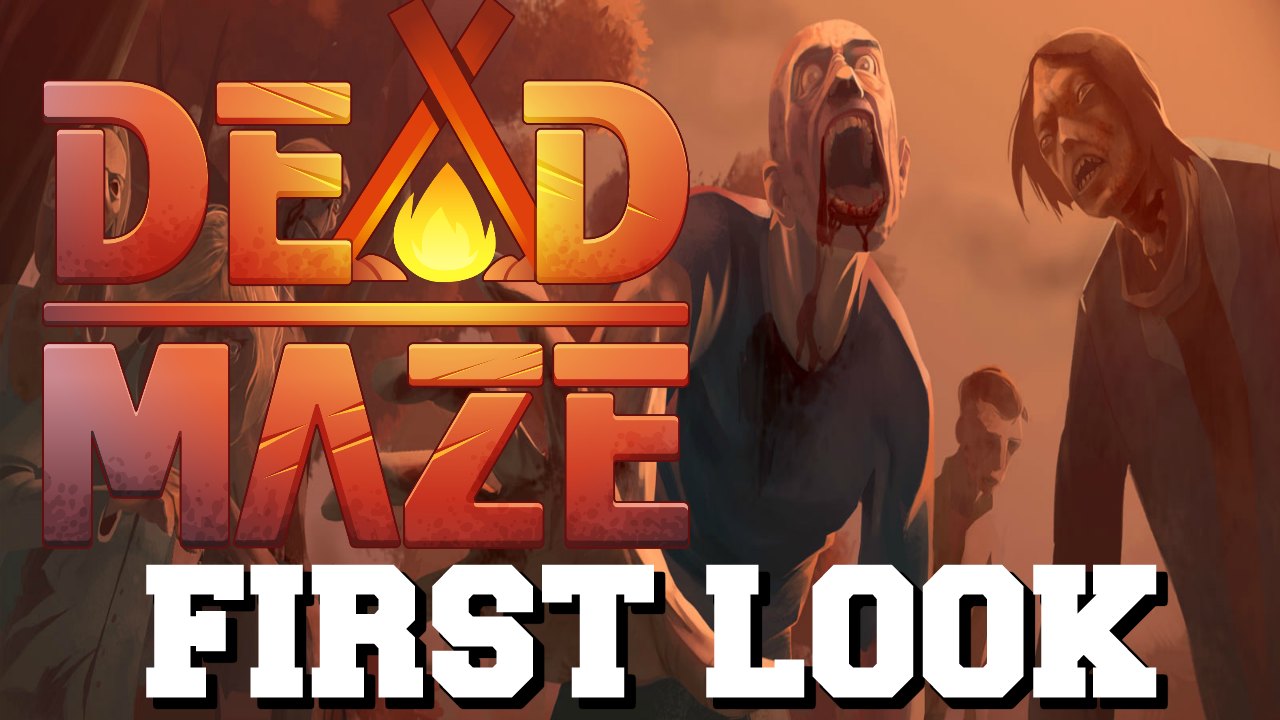 Late last month, I covered the news about Dead Maze entering its CBT. Developed by indie French Studio Atelier 801, Dead Maze brings back 2D isometric MMO in a boutique and artistic way. A cataclysmic tsunami has struck the coasts of the United States, and the world is thrown into chaos. Out of the disaster comes something much, much worst. Say hello to the zombie apocalypse in an MMO. Having checked out the game in its closed beta state, here’s 3 thoughts about Dead Maze, which is coming to Steam in early 2018.

At first sight, you can be forgiven for thinking that this isn’t a good idea. Zombies and post apocalyptic games have been done to death in recent times, although not too many have made it in an MMO shell. Dead Maze wants to shake things up. In this online world, players need to work together to explore what is left of the world after the cataclysmic events of the plague, monitor their health and food, scavenge for resources, and craft as many life-saving supplies as possible.

That means, besides the basics of movement and auto combat which may turn off some, it’s the survival mechanics that shine. Your character is human. You’ll need food to eat, water to drink, and weapons to stay alive. For every action taken in this world, you spend fatigue points. These can be replenished in camp sites, but you’ll have to navigate through hordes of zombies to find one. What this does is it makes every decision – solo or group – matter, and puts weight behind your actions in later levels. Speaking of levels, you do earn experience points, level up, and gain access to more stats and skills as well. There are times I felt like I was playing State of Decay, a game I love. For an MMO, these survival mechanics are a rarity and it works in Dead Maze.

For an indie studio, my expectations of the graphics and art style weren’t high, but I’ve been impressed. Dead Maze has a distinct visual style that blends hand-drawn art and cartoon in their narrative scenes that’s fun to watch. Aesthetically, it takes me back to my days of playing 2D isometric classics such as WAKFU or DOFUS – two games that still thrive today. More than anything else, the level of detail within their art style is astounding.

The environment is a joy to look at from the top down, and it’s a shame there isn’t a zoom function. Almost any object that you think can be used as a weapon, usually is a weapon. And all you’ll have to do is get within proximity to pick it up. From a visual perspective, Dead Maze will not be for everyone. It’s bright and colorful, almost way too chirpy to be a part of a zombie apocalypse world. But spend enough time in it and you’ll be more worried about the mechanics and how you’ll survive instead of aesthetics.

#3 Fun Factor Will Depend On Other Players

Where does Dead Maze truly shine? It’s gameplay is centered around survival, and its world is populated with dangerous zombies to navigate through. To my surprise, the maps are pretty large. Players will get starting objectives in the form of tutorial missions early on, but beyond that you’re on your own. But it doesn’t have to be that way. There is a sense of community that the game is trying to foster.

There’s an in-game chat and in-game forum as well to discuss strategy and just socialize with others. The game’s party system allows for up to three other friends to join you online. Its MMO aspects are still untested as there is only a limited amount of players in the closed beta. But I’m looking forward to how it improves and adds when it does arrive on Steam in 2018.