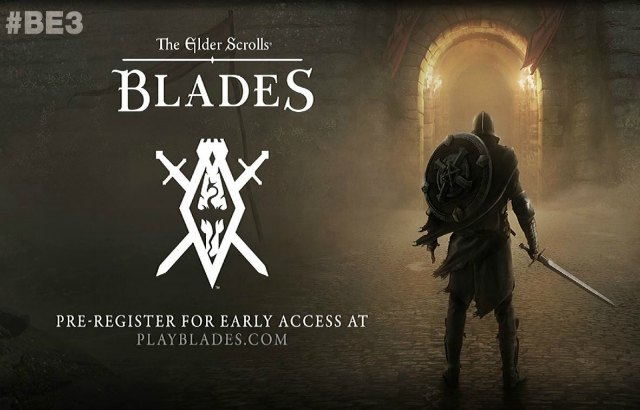 Tonight at Bethesda’s E3 conference, many bombshells were dropped including The Elder Scrolls Blades. Todd Howard himself took the stage to give us the exclusive scoop about the franchise’s latest mobile (yes mobile) Elder Scrolls experience, Blades. Here’s what we know about its features and why we’re excited.

Make no mistake about it, Elder Scrolls Blades will offer the quintessential Elder Scrolls experience, even on mobile phones. It’s launching with gorgeous vistas and graphics that we’ve come to expect, and on iPhone X it will look stunning. More impressively, the game can even be played in portrait mode on your mobile screens. That’s handy for long boring meetings at work of course. But the good news is that it won’t be exclusive to mobiles. It will be cross platform, so expect to see it everywhere from PC to Nintendo Switch.

The game play itself is what you’d expect. You can tap the screen to move and attack, or use external sticks to play and they’re responsive. Folks at #E3 can already check out the game at the Bethesda booth, but the rest of us can also pre-order the game on the App Store or Google Play tonight!

The Elder Scrolls Blades will have three game modes available. They are Arena, Town and Abyss. Arena will be the game’s PvP mode, where players can duel other players across platform for glory. Abyss is more for the PvE adventurers who want to test themselves against the AI. You will have to try and survive for as long as possible in a dungeon in this game mode. The dungeons are a mix of handcrafted and procedurally generated dungeon crawls, so expect to see a good mix of both. And finally, the Town is the main mode of Elder Scrolls Blades, where players focus on the main story, town building and more. 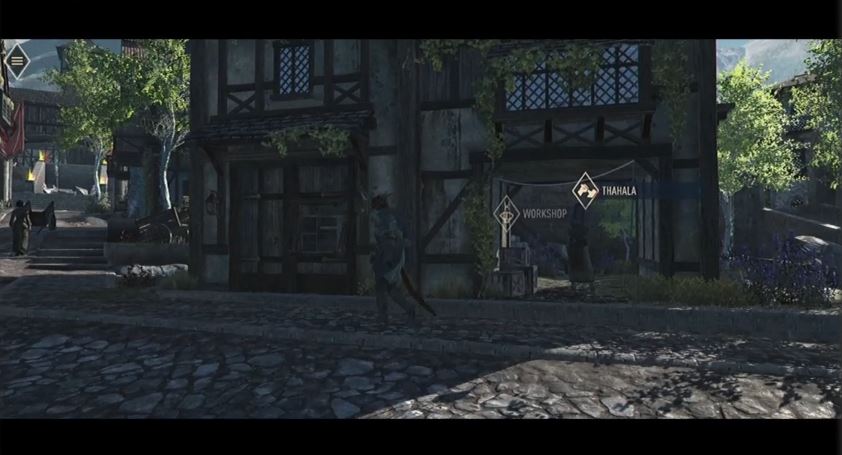 As we mentioned above, Elder Scrolls Blades will have the story mode that us players demand of a game like this. In the Town mode, players are a member of the Blades – the Empire’s top agents. Forced into exile, you find your home town destroyed and have to rebuild it. The town building mode includes decorating, upgrade stations and more that will help you in the story and dungeon adventures.As your town levels up, you get to unlock new quests, NPCs and more. You can even visit towns belonging to your friends!

Another awesome feature the game will have is through VR. Remember what we said about playing in protrait mode on your phone in meetings? The cool part is that you could be playing with another player who’s at home with a VR set on, on their PC. That level of connectivity among players and platforms is something we’ve not seen before from both Bethesda and Elder Scrolls in general.

Most importantly however, Elder Scrolls Blades will be a hundred percent, absolutely free to play for everyone regardless of platforms. There’s no mention of micro-transactions or an in-game cash shops like other mobile games tend to have. But then again, we never know and will wait to see if they finally add one. Players can head to playblades.com later this week to sign up for early access, and you can already pre-order Blades on the App Store and Google Play later tonight!

So are you excited for Elder Scrolls Blades?