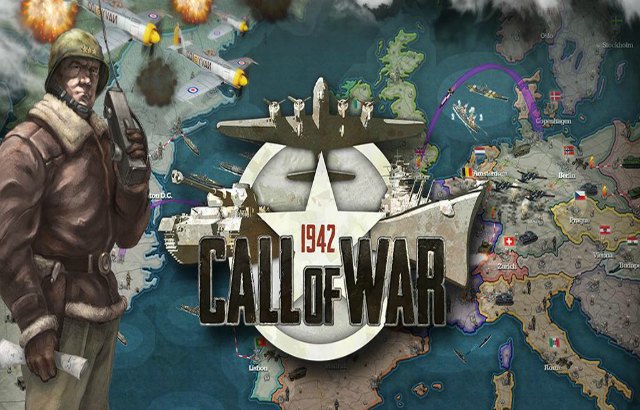 Call of War: 1942 is a strategy game set during World War 2. You build, you expand, you go to war, and yes – you exploit. Call of War is most definitely a 4X (eXplore, eXpand, eXploit, and eXterminate) game, and even if that genre isn’t quite familiar to you, you’ve probably heard of another immensely popular 4X game: Civilization. Call of War takes the concepts of a 4X game and applies them to a free-to-play model.

You start off in Call of War by choosing which region you want to call your own, and the game automatically sets you up with a selection of territories and cities with which you can construct buildings and train troops. You’re going to need those infantrymen and armored tanks, too, to conquer the world. Or at least to wage war against someone who’s trying to do the same.

You could certainly play Call of War as you would most other 4X games, by being entirely passive, developing the most sophisticated sovereign nation on the planet. Of course, your military force would likely falter, and then you’d likely get squashed like a highly civilized bug. So yes, in Call of War – as is the case with most games of its nature – you want to carry a big stick even if you plan to never use it. Just have that thing ready to swing. 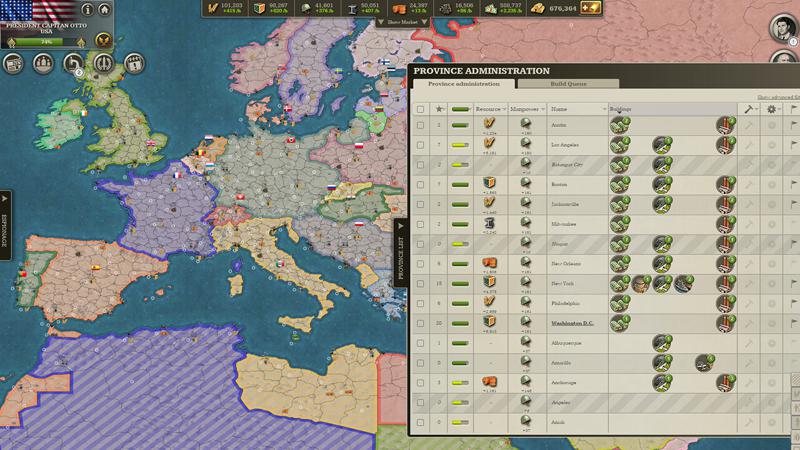 The Freedom To Be Diplomatic or Hostile

Whenever you’d like, you can open the diplomacy window to get a view of any other players in the same game as you, their current power, as well as your relationship with them. From there, you can either go down a peaceful or not-so-peaceful route. There’s also the World Herald – a newspaper that gives you a good glimpse into the goings-on in your little bubble of the war-torn world. Naturally, the world is yours to do with as you please. Though Call of War is set during WWII, you’re by no means obligated to follow a similar route. Veer off the timeline as much or as little as you’d like. 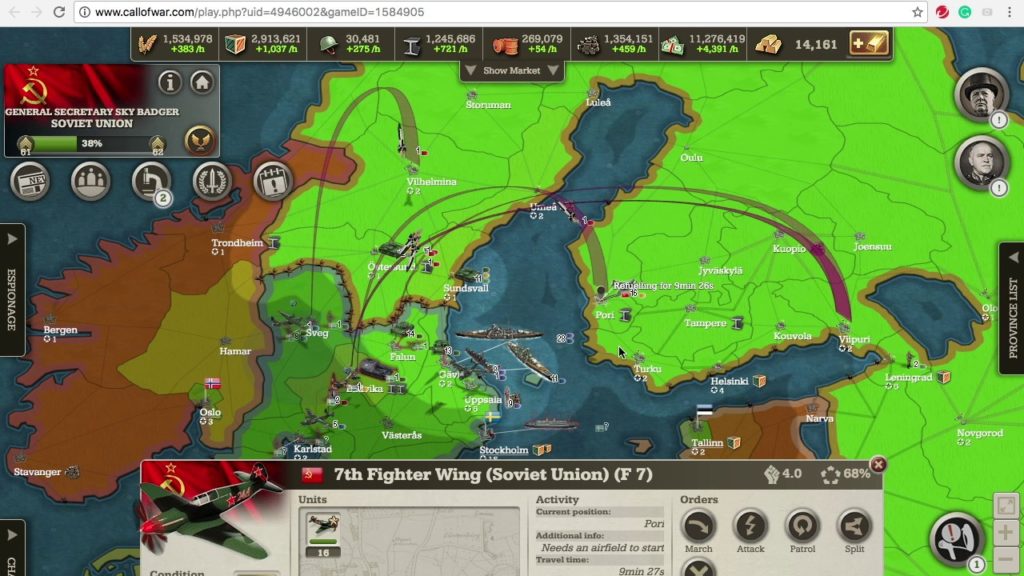 Much like actual war, Call of War is a slow-going game for anyone who doesn’t want to dump cash into it. Constructing buildings, producing units, and conducting research is typically no quick task, and some of those tasks require more than a week before you can even start them. While most free-to-play games of this nature tend to ease you in as they try their best to get their hooks in you, not Call of War. It wastes no time before having you wait over 24-hours to produce a simple infantry unit. Waiting is fine in most of these games – it comes with the territory – but in this case, the waiting comes too quickly while simultaneously giving you little to do in the interim.

And in some ways, a slower-paced free-to-play game like this might be better suited for multiplayer than something like Civilization. In the case of that game, everyone involved must set aside potentially hours for a full game to play out, something that’s surely hard to coordinate. That, or you just save constantly and return to it whenever you can – which is something that is unlikely to play out. Call of War is much easier to step away from (even for a full day).

When it comes to graphics Call of War utilizes a simplistic 2D style highly inspired by board games such as Risk. It’s clean, responsive, and does a pretty good job of relaying pertinent info to you without overburdening you with advertisements or offers or any of that junk. The grindy hooks of infinite waiting might be there, but Call of Wardoesn’t do much in the way of shoving it in your face, which is something it should be lauded for. Of course, the fact that a player can choose to give themselves such a ridiculous advantage over other players by paying should be acknowledged, even if it’s a pervasive aspect to these types of games.

As free-to-play 4X games go, Call of War doesn’t really try to do anything new or original, and its slow nature will likely drive away anyone looking to play it more actively, but for anyone looking for the type of game to play once or twice a day while you busy yourself with work, school, or any other endeavors, then maybe consider heeding the Call of War. And as an FYI, the game is also on Steam.