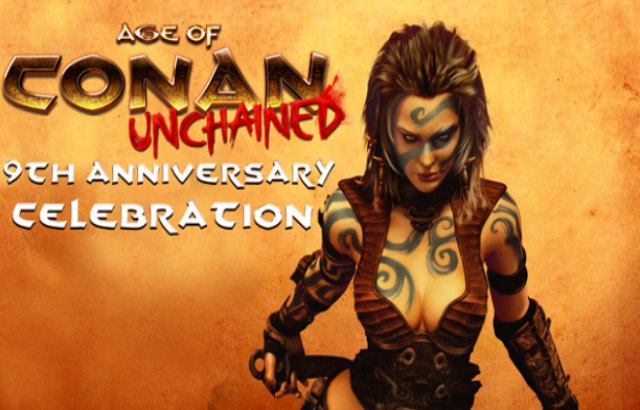 Another week, another MMORPG anniversary celebration and this time it’s Age of Conan. Funcom’s free to play MMO based on the Conan universe is turning nine years old this month.

To celebrate the game and player’s loyalty and support over the years, there are some freebies being offered. Between now and end of May 2017, players can claim a free level 80 boost when logging in. Accounts created before the anniversary will also receive a free additional character slot. This can be used to check out the character boost or try another character or class.

Be warned however, that if you log in after May, the promo is gone forever. So if you do have an existing account, log in and claim your rewards now. Also available during the anniversary is the Hoard of Hoards promotion. All potions are 30% off for the rest of the month.

Besides that, a bundle of 100 Atlantean Shards may be claimed once per character on an account for a limited time. Players also receive double the Shards from chests in the Raid Finder tool. So there’s more incentive to run instances using the Raid Finder this anniversary.

Overall, a good month for Age of Conan and it’s great to see another MMORPG coming close to the magic 10 year milestone. For more on AoC’s 9 year anniversary, check out their official website here.