Aion Is Celebrating Its 9th Anniversary All Month Long

Aion Is Celebrating Its 9th Anniversary All Month Long 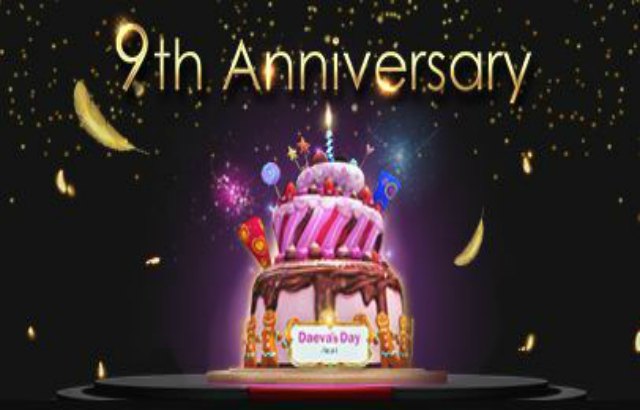 This month Aion is celebrating its 9th Anniversary and the free to play MMORPG will be hosting some traditional and player-favorite events for all of September. Aion players can expect plenty of events, new rewards and bonus boosts as well to enjoy. Among them are:

The age-old tradition of larger-than-life cakes will be returning to the capital cities. Grabbing a slice of cake will grant you 100% bonus XP and a 20% bonus drop rate for 2 hours. Be sure to swing by on Aion’s special Daeva Day, September 22, to get a super-boosted cake buff granting 200% bonus XP and a 50% drop rate for 6 hours!  The cake boosts will stack with the server wide boosts as well. Please note the cake boosts will not be granted if you have an active amulet or Lucky Hands boost.

Kromede’s Revenge will be returning for the celebration. Infiltrate the Smoldering Fire Temple with two of your best Daevas for sweet rewards.

All the following boosts will be active on the servers: