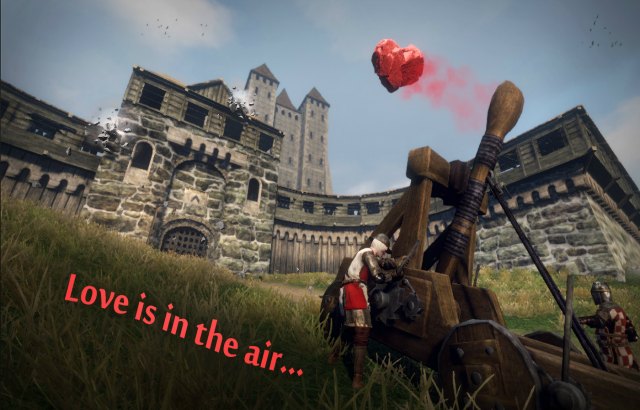 Gloria Victis players received a special gift for the Valentine’s Day. The Deadly Harvest, a huge update applied yesterday, introduced a long-awaited feature: catapults! The attackers can now make use of medieval engineering to break into the enemy stronghold with style!

Proper siege equipment in the massive open world sieges is epic by itself, but that’s not all. Unlike in similar games, catapults in Gloria Victis aren’t simple static objects – they can be moved by the players around the world! Not only does it create an entirely new layer of tactical options and enhances the players’ freedom. It’s also a prelude for the introduction of movable battering rams and a huge step towards adding ships, wagons and mounts, which makes us super excited!

Also, the update v.0.8.8.0 introduced a new world event, in which all nations compete with each other by capturing locations in the world, trying to conquer as many lands as possible. There are also numerous convenience and balance improvements to the Gloria Victis’ player-driven economy and expanded crafting, updated open world PVP balance and many bugfixes.