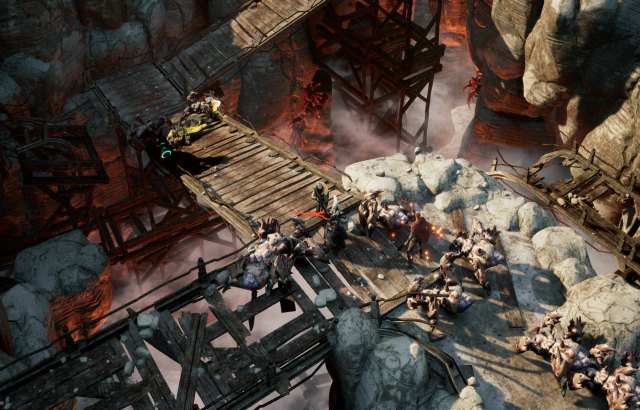 Co-Op ARPG Killsquad released PLAGUE, the third major update. PLAGUE brings a new Spec Ops contract, skins, portraits and five new ‘cursed’ contracts to the universe and introduces a new high risk, high reward gameplay system. A cursed contract begins when the strange obelisk Omen of the Plague, offers a curse to one member of the player party, with everyone voting on whether they want to take the risk for enhanced loot. Eight curses are currently available, damning players with all sorts of limitations, including reduced health or speed and stronger enemies.

Additionally, Novarama today published the second video in the Gathering of Bounty Hunters initiative, created to connect with the community in a more personal way. Killsquad players were asked to submit their questions, while the Novarama team answered them in a one hour long video, revealing future plans for the game. These included the revelation of 3 new bosses, a quest system to further increase the game’s depth, and a whole new game world to be released in early 2020.