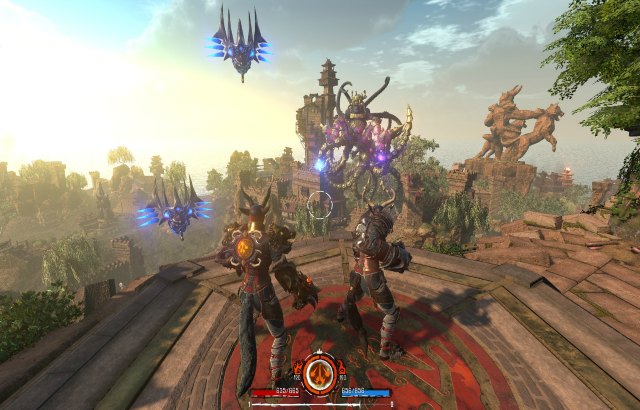 These gigantic guardians can be deadly up close with their armoured fists and crushing size, not to mention these lethal giants also come armed with a devastating death beam they fire from a head mounted crystal. Thunderhead Guardians are some of the more fearsome behemoths of Almighty: Kill Your Gods but they are not without their weaknesses, and the bigger they are, the harder they fall.

Versus Evil also revealed today that the game had smashed its Steam Wishlist target in less than a week since it was revealed on The Guerrilla Collective, the online digital games festival in June.

“Reception to Almighty: Kill Your Gods has been incredible and the Steam Wishlist goal we had originally set for the first month was exceeded in several days.” Said Steve Escalante, General Manager of Versus Evil. “This year’s line up of announcements from indies has been really inspiring but we’re humbled that fans have taken so well to Almighty: Kill Your Gods as they have.” He added.