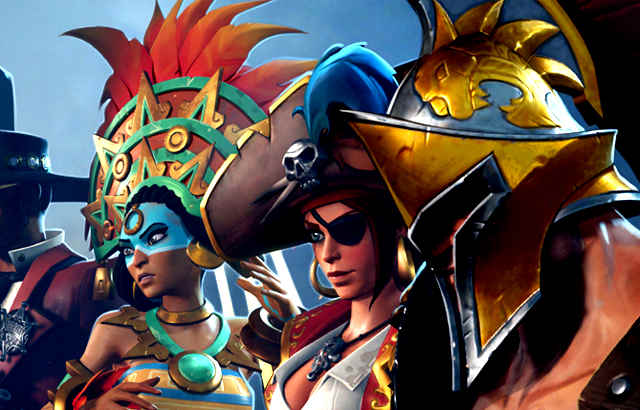 Amazon is a retail monster with a value of 250 Billion dollars. They offer services and products in almost every possible field. However, lately they have increased their focus on gaming. As you can see in their job posts, there are currently 136 open positions for Amazon Game Studios. In the studio’s website, Amazon reveal their moto: “Amazon is all in on games.”. Because of that, I want to explain what Amazon are trying to accomplish.

Amazon claim that gaming has become the largest entertainment industry in thr world. Blizzard’s games have generated 43 billion hours of play time, compared to 45 billion hours of play time in Netflix. People are neglecting the traditional TV entertainment and moving on to different channels. Gaming is huge. Just think of the stat i have mentioned above. Netflix have a lot more users then Blizzard but Blizzard are generating almost the same interest. Therefore, Amazon want to put their eggs in the gaming basket. They understand that gaming is about to become even bigger.

As for the first front, we have explained it in details a week ago, here is a link to the article. Amazon have purchased Twitch for almost a billion dollar and now we understand why. Twitch is growing rapidly, it has 100 million users and 10 million active daily users. With the rise in popularity of e-Sports and online games streaming Twitch is going to be the social platform of the future.

Amazon Game Studio are trying to build game engines for game developers to use. For that mission they have recruited the top minds of the field with engineers who worked for Microsoft, Riot Games, Blizzard and more. The game engines will already be integrated with AWS (Amazon Web Service Platform) and Twitch. Hence, allowing game developers to cut costs on R&D and jump head straight to the market.

From my experience AWS are probably the best hosting provider in the world. They offer packages and usage rates that no other competitor can. A lot of game developer are already hosting their games on dedicated AWS servers. With the development of the game engine, the gaming developers would be able to concentrate on the game itself and not the technical aspect of how to build a game and how to host a game. Therefore, this is amazing news