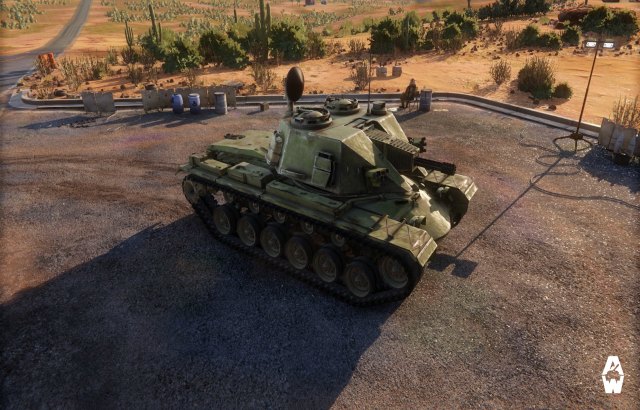 Armored Warfare’s fourth season has been deployed, and the US-themed “American Dream“ is now live. Armored Warfare is an action MMO focused on modern tank combat, featuring furious online multiplayer battles and immersive story campaigns. The new season introduces Douglas O’Reilly, an American hellraiser turned resistance fighter who faces a desperate fight for what remains of his country, and a race to discover the truth behind the deadly Enigma organization. “American Dream” features an all-new story arc, new Special Ops missions, and even more epic achievements for players to unlock, and customization options to add to their vehicles.

Season Four also brings a host of new vehicles and quality of life improvements to Armored Warfare! Players can add an explosive selection of new high-level vehicles to their hangar, from the M113 armed with its famous Hellfire missiles, to a M48 GAU-8 equipped with a rotating multi-barrel cannon that can deliver up to 4200 rounds per minute. The extra firepower should help the resistance forces stand a fighting chance against one of their deadliest and most nefarious opponents yet.

There’s also a new operation. With Europe nearly lost to the technological and military clout of the mysterious new ‘Enigma’ organization, which made itself known during the ill-fated Moscow summit, the resistance forces head to American soil for help. Players take on the role of resistance fighter Douglas O’Reilly as he fights back against the evil of Enigma, and discovers the truth behind their origins.

Head on over to the official site to learn more.