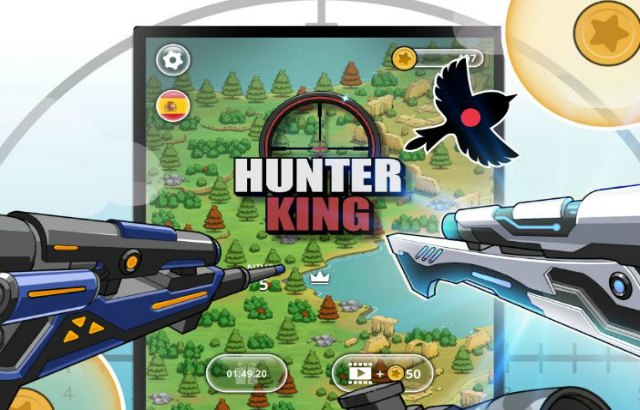 PlayWith Interactive has announced that its mobile one-touch FPS game Hunter King is now available. This is the studio’s first project, and Hunter King is a game aimed at casual players. Its characteristics is simplicity and addiction, and is available for download free for both iOS and Android in seven different languages. Players interested in the gameplay can view the trailer at the bottom of the post.

The strategy of Hunter King is to aim at the target and shoot before the time runs out in order to overcome their incredible levels with the highest score. As for rifles, there will be more than 79 options to redeem, and the available languages ​​are English, Portuguese, Spanish, Korean, Thai, Chinese (simplified and traditional).

With this first installment, its creators wish to captivate lovers of casual games with great challenges, so in this shooting game, they have focused on challenging speed and accuracy level after level.

Can you really hit the targets? PLAYWITH challenges all users to compete against each other and to challenge each other with various missions.

PLAYWITH Interactive plans to deliver at least one monthly Hyper Casual Game during the next year globally.