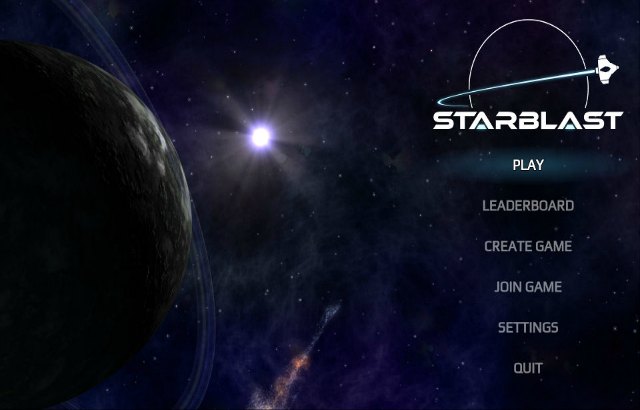 Players can also participate in PvP and steal their gems. That sounds pretty interesting. The game also offers 31 unique ship models, thousands of maps and 10 weapon classes. In addition to that, you can play up to 4 game modes. There’s survival, teams, deathmatch and a new mode coming soon. For the more creative, Starblast also includes a custom game creator that allows for private sandbox experiences.

If that’s not enough, there could be an element of e-sports too. The Pro Deathmatch Championship is a permanently running online competitive mode with leaderboard and stats. Having seen the trailer, the game does have a lot of potential to offer some good multiplayer fun. The space theme suits it well, and the ship customization looks like a pleasurable time sink.

What’s pretty cool about some of the maps is that it’s randomly generated too. The game uses procedural generation to create different star systems and asteroids fields. You will almost never play twice in the same arena, with the same asteroids configuration. For more info, check out the official Steam page here.