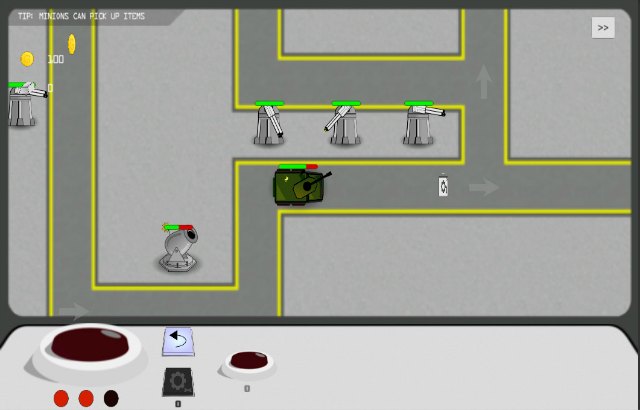 Tower Tank: TD Reversal is an arcade-style protect-your-tank and destroy-the-enemy game. You are tasked to protect your tank from enemy tower attacks until it reaches the goal.
It is a take on the “reverse” tower defense genre, which, instead of building towers and destroying enemies, you play as the advancing enemies to get to the goal. Test your strategy skills by collecting all the collectibles laying all around the levels, destroying as many enemy towers as possible, all while defending your tank until the goal.

According to its Steam store page here, the game aims to release on January 3rd 2019. Players interacts with the game mostly via arcade-style buttons and point-n-click.

Feature(s):
– 10 levels of single player (est. 90 minutes of game-play).
– Different skills to help with your mission.
– Different upgrade strategies to suit your play-style.