ArcheAge 2019: What Is This Legendary Teaser All About?

ArcheAge 2019: What Is This Legendary Teaser All About? 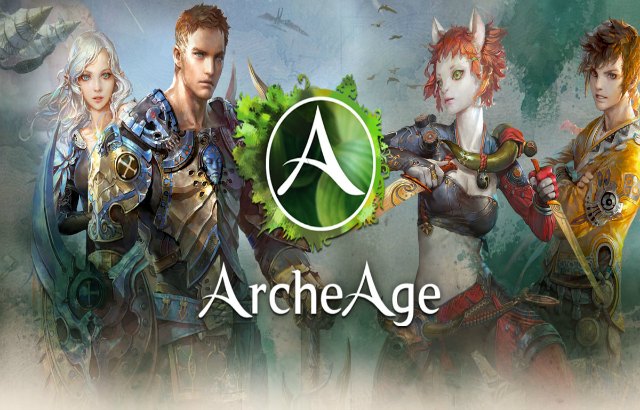 It appears that there’s going to be interesting times ahead for ArcheAge. XL Game’s and Gamigo have been coy about their latest tease on a special website and on social media, but most players seem to have an idea about what’s going to happen. Before we get into that, is there anyone here that hasn’t heard of or played ArcheAge? Well, released in 2014, ArcheAge is a vast MMORPG adventure, free from pre-defined paths and progression. Players can create unique and elaborate homes, build farms that drive the world economy, and sail their ships to uncharted lands where they can construct massive castles as they lay claim to rich and vibrant realms. ArcheAge’s PvP system allows players to fight for glory in huge battles on land and sea, or even shun the two factions and live the life of a pirate if they wanted to.

As you can see from the picture above, ArcheAge has set up a landing site here. First appearing on August 16th, the website has a countdown clock that at time of writing, will end sometime tonight. The page also contain a ‘Players Used to Say’ section. Featuring quotes from players and a response from the game, this eludes to the possibility that complaints have been taken care of. Upon careful examination, it may just seem like a PR effort. For example, one quote called the game P2W (pay to win), and the response in green was a canned reply that you’d usually see when submiting a game support ticket. It’s a weird thing to have on the site, because it’s easy to come to the conclusion that XL Games and Gamigo are promising that whatever is coming will be vastly improved and different from what the game currently is.

What We Think It Will Be

According to the official Twitter account for the game, the teaser has something to do with the world Legendary, if that wasn’t already obvious. Being around the MMORPG block, Legendary anything could mean so many different things. But when an MMORPG teases something like this – especially ArcheAge – I think the safest best would be to assume it will be a new server. Let’s not forget, there has been numerous times that XL Games have introduced fresh start progression servers for players. And each time, the promises made are mostly to do with balance, monetization and equal footing among players. Most of the time, they roll back on promises anyway. So what’s possibly different this time? The likeliest of outcomes is a Legendary Server. Maybe it will follow what other games on the market have done. For example, The Lord of the Rings Online introduced its Legendary Server last year. It’s a subscription-only server that is the closest thing players have to a LOTRO classic. Maybe that’s what this is all about, and it would make ArcheAge players excited if it is indeed a classic server that does away with P2W entirely. But that could also mean a subscription to play it. Keep in mind, this is largely speculation at this point, but one that’s largely possible in comparison to what will follow below.

Only 1 day to go!
What do you think hides behind the countdown?

What It Probably Won’t Be

The one thing we know for sure that this won’t be is anything too drastic. Ever since Gamigo acquired Trion World’s MMORPG catalogue, we can’t say too much has happened. Take a look at titles like RIFT, Trove and Defiance. Most of these games have unfortunately, gone stale with no new content or major plans announced to-date. With that in mind, we can’t expect too much out of ArcheAge.

A popular suggestion by players about this teaser is that this could be a remastered version of ArcheAge. Black Desert Online is of course, a direct competitor of ArcheAge that’s probably the most successful Korean MMORPG import of all time. They had huge success with its remastered version, where the graphics, gameplay, music and much more got overhauled for the better. Is ArcheAge about to the same and fix all its known issues and perception of P2W? That’s high expectations and while it’s unlikely, it will be an awesome surprise if that’s what it ends up being.