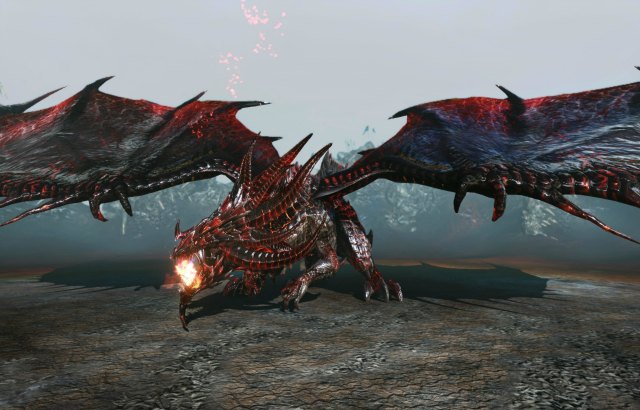 ArcheAge players, there’s a new and dangerous foe awaiting the daring heroes of Erenor, a beast, black as night lurks in the barren Ridgeland mountains. gamigo is excited to announce its latest update for the fantasy MMORPG ArcheAge.

Among the people of the secluded Karkasse Ridgeland, the legends of the Red Dragon are more than just old wives tales. The crimson drake plunged the lands into chaos and covered them in ashes. Now, after a time of peace, a new, mighty danger threatens the Ridgelands – The Black Dragon. The different factions, Nui, Haranya and Pirates have to defend Erenor against the dark beast. If the players succeed in defeating this mighty foe, the ruthless PvP battle for its treasures commences.

Harpoons are no longer a threat to the Black Dragon. Heroes have to rely on their unique skills and excellent teamwork. Victors will have the chance to earn new Black Dragon weapons, which can also be obtained by awakening the Tier 2 Red Dragon weapons.

More information about the MMORPG ArcheAge and the update can be found on the official website.