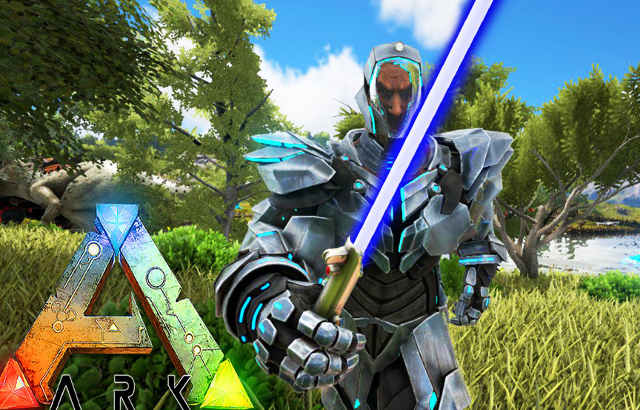 The highly anticipated Ark: Survival Evolved’s Tek Tier patch has finally been released. The TEK Tier has finally entered the release phase and will be slowly released over several patches. While the main focus of the update is on the TEK tier gear, various other features are in the update.

The patch released yesterday brought the first TEK Tier gear. These are the details:

TEK-Helmet:  Has a built in oxygen tank and three types of vision

TEK-Shirt: The shirt is actually a jet pack

TEK-Rifle: This new gun is used with the TEK Helmet vision modes

TEK-Rex Saddle: It allows players to mount lasers on a T-Rex

TEK-Replicator: As the name suggests, it allows players to craft new items and is necessary for crafting TEK tier items

TEK-Transmitter: This allows players to transfer characters, creatures and items across the ARK

While the TEK tier gear is the main addition with this update, a number of other features have been brought to the game. The update includes four new creatures to the world and three of these seem to be aggressive carnivores. The other new creature is a form of prehistoric sheep.

In addition to the new creatures, players can also expect to see more customization features. Players now have more hairstyles, facial hair, styles and hair colors to select from. The developers has also opted to include a real-time growth system so that hair will actively grow on the player.

At the Steam Store page you can find the full patch notes for Patch 254. In addition, he trailer below shows all of the action from the new features.