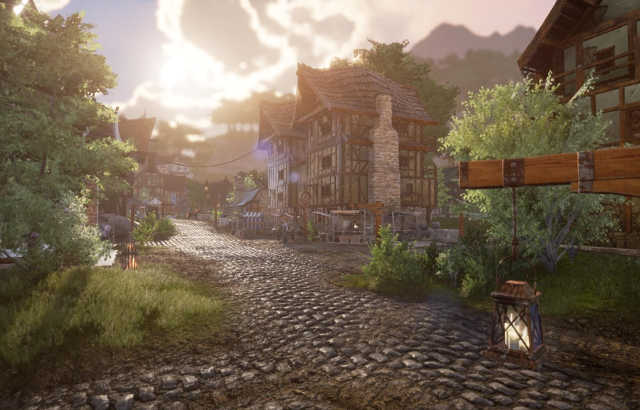 Yesterday, on the Ashes of Creation website, the developer has released a message that the game will go live on kickstarter on may 1st. All board the hype train because Ashes of Creation is going to be funded. We have written a couple of articles in the past few months about it. Here is the one about the weather system and here is the one on the Node system. The game hasn’t been funded yet, however it gets a lot of hype. The graphics seem amazing. It’s unbelievable that there isn’t a huge gaming company behind this one.

I really love the idea to approach fan funding and not corporate funding. Whenever someone pays for something he wants to say the final  word. In this case, the fans that fund the game want to have a good playable game and not a money making machine like the corporate will. If you look at a game like World Of Warcraft, it’s amazing how much money they are making out of every player. While enjoying a far less developed player base from LoL, WOW are making a lot more money.

Ashes of creation has the potential to become a huge game. If players will fund it and will stand behind it, it could revolutionize how we play games. The big studios are behind the most successful games. However, if fan funded games will reach the same popularity as WOW for instance it could open the door to more fan first online games. I can’t wait until Ashes of Creation will come out, it looks spectacular.

What do you think? does the hype surrounding Ashes of creation worth it? Will you play the game?