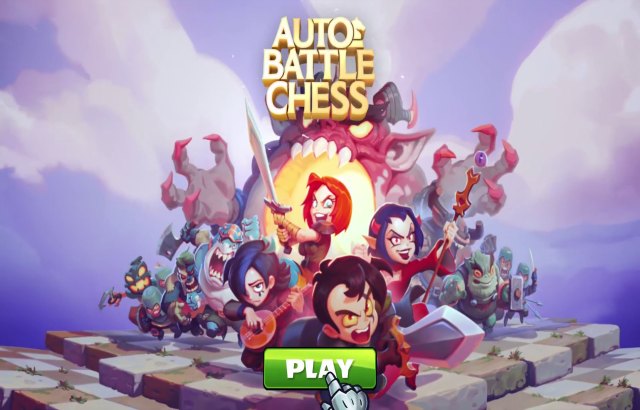 Panoramik, best known for its popular turn-based strategy RPG Mighty Party, is announcing the upcoming worldwide release of its auto chess game that combines the very best elements of RPG, strategy, turn-based strategy, auto chess, idle RPG, CCG, MMO, and AFK genres into a single game, Auto Battle Chess.
In Auto Battle Chess, players command a wide variety of unique heroes as they progress towards mastering their class, unlocking new abilities, and earning new equipment to wear into battle. Brave Knights, Divine Deities, Powerful Elder Dragons, and Evil Elementals are just some of the heroes players can collect and evolve into a powerful legendary hero. Turning legendary isn’t even the pinnacle of a hero’s progress as they can also become more powerful by wielding crafted gear from the Forge with deep customization options, binding them with other heroes, and upgrading their skills. Each of the 100+ heroes is unique and has their own story to tell, making the world of Auto Battle Chess feel more complete and beautiful.
Auto Battle Chess features a lore-rich campaign called “Journey” that tells an epic story as players adventure through the various empires, kingdoms, and realms that make up the world of Crusaders. Players can also take part in fast-paced PvP battles across 3 modes – Casual, Ranked, and Insane – that last 3 minutes and requires both strategy and a little bit of luck to win, work together with other players in challenging PvE battles to defeat mighty legendary bosses, and even continue engaging in epic combat when the real world comes knocking in AFK battles.

In addition to directly combating with or against other players in PvP, PvE, or AFK battles, Auto Battle Chess rewards players regularly with daily, weekly, and epic quests. Completing these quests will earn players bonuses and chests that include in-game currency, hero cards, equipment, and more. Free and premium Chess Passes will also offer a tremendous amount of bonus resources, although the latter of the two contains even more rewards and additional content.
Shortly after launch, Auto Battle Chess will feature additional game modes that will offer plenty of rewards including:

Auto Battle Chess will be available worldwide on Android in late July and the iOS version will follow a few weeks later.
For more information, please visit https://panoramikgames.com/