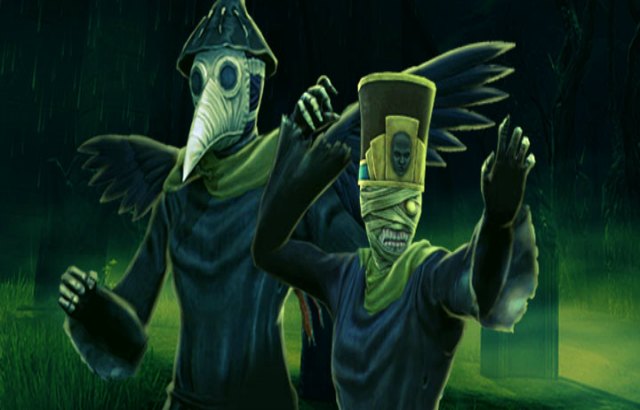 The seasonal Autumn Harvest festival will be returning to Rift this month. Come October 26th, players will be able retrieve the loot the Fae have stolen throughout the year in Telara. Seasonal Rifts will become available for players to battle against and earn super cool rewards to boot. In addition to that, fan favorite events from years past are back as well. The festivities will last until November 16.

Below are some of the rewards that players can earn during this year’s Autumn Harvest festival.

This scary new dimension is modeled after the Iron Tomb. Make it your own with unique dimension items including new candles, candle holders, and more.

Get in the festive spirit with all new Autumn Harvest masks! Don new faces including a mummy, decayed head, dragon skull, or a budgie.

Take flight into the night with new raven wings – perfect for running around Telara or going to a dress-up party. These blackened wings also feature a subtle effect around the edges.

Players have been asking for upgraded necklaces. Now’s your chance!

Autumn Harvest begins the day after 4.3: Crucia’s Claw launches. For more information on the festival, check out the official post here.