Awakening and Succession Is Live For BDO's Hashashin

Awakening and Succession Is Live For BDO’s Hashashin 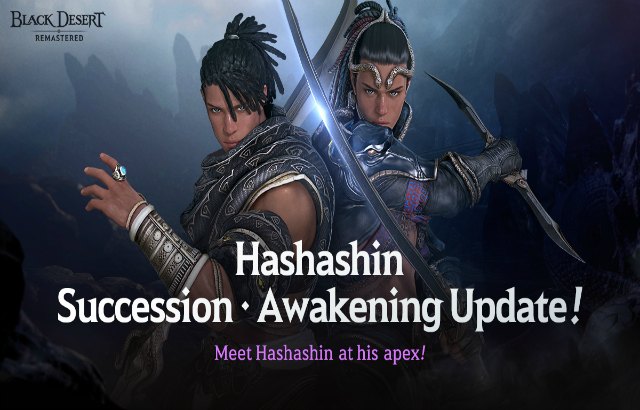 Pearl Abyss announced today that Awakening and Succession updates are now available for the latest Hashashin class. These two systems will offer completely different gameplay experiences and diverse options on the battlefield.

Adventurers who have reached level 56 with their Hashashin can now unlock either Awakening or Succession to make their characters more powerful. An awakened Hashashin will use the Dual Glaives as his new main weapon as he descends on enemies at lightning speed. A Hashashin that opts for Succession will continue to use his current weapon, the Shamshir sword, but will also learn powerful magical skills such as the ability to disguise himself in sand storms.

To celebrate this update, various special rewards will be offered to Adventurers for logging in, leveling up, and completing Awakening or Succession. Rewards such as Gold Bars and Secret Books of Old Moon will help Adventurers grow their Hashashin even faster.

Meanwhile, the latest Hashashin class update has attracted a significant amount of new Adventurers from across the globe. The number of new users on PC in North America and Europe increased by 179%, and in South America it increased by 129%. The number of users in Thailand, Southeast Asia, Turkey & MENA, Russia, and South Korea also increased after the arrival of Hashashin. As for console, the PS4 version saw an increase in new users of 330%!. Lastly, the global version of Black Desert Mobile has seen the number of new and returning users increase by 200%.