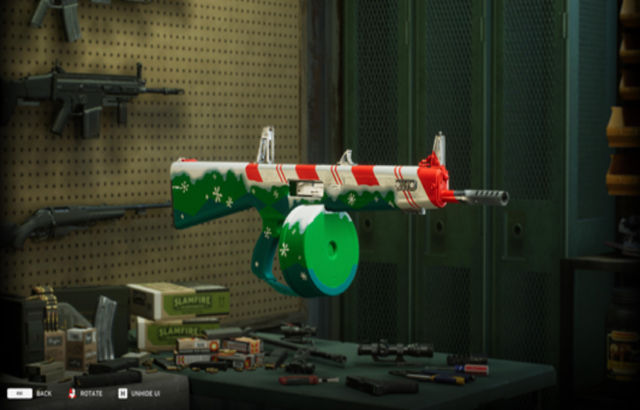 As part of today’s Back 4 Blood update, players can now jump into the solo offline campaign mode with progression and earn supply points, achievements, and other unlockables. All progression can be carried over to and from online campaign mode. The December 2021 Update also introduces “Roving Merchants” which are rotating, time-limited, supply lines that provide players with more rewards to spend Supply Points on. Through the “34th Street” Roving Merchant, players can unlock seasonal character skins, weapon skins, emblems, and sprays. This holiday specific track allows players to obtain reindeer antlers headband for Holly, snow hat for Doc, and other in-game gear to celebrate the holidays, all of which is perfectly complemented by festive decorations displayed around Fort Hope. Additionally, brand-new cards known as Burn Cards are now available through Roving Merchants and can be played in each saferoom to gain temporary effects, such as instant healing, currency boosts, increasing resistances, and more.

Below is a full rundown of features available as a FREE update for all Back 4 Blood owners:

Back 4 Blood is a first-person co-op zombie shooter from the creators of the critically acclaimed Left 4 Dead franchise and features thrilling, dynamic moment-to-moment gameplay and highly variable, customizable action to keep players coming back for more. The Back 4 Blood story takes place after a catastrophic outbreak where most of humanity has either been killed or infected by the parasitic Devil Worm. Hardened by unspeakable events and emboldened to fight for the last of humanity, a group of apocalypse veterans called the Cleaners have rallied to take on the infected horrors known as the Ridden and reclaim the world.