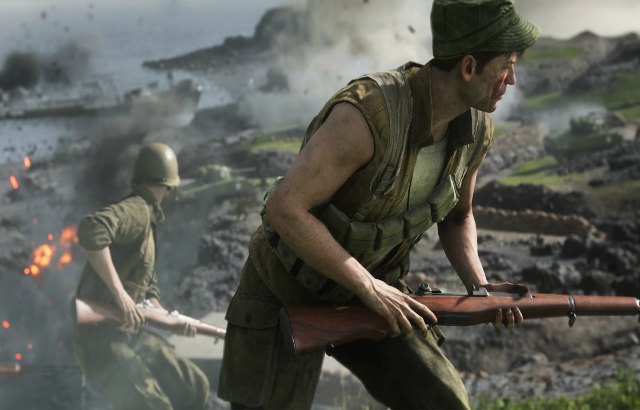 Battlefield 5’s upcoming update will be available on October 31. Chapter 5: War in the Pacific brings amphibious assaults and all-out warfare across iconic battlefields, with the U.S. and Japan entering the fray. Here’s 5 top new features we’re looking forward to at launch.

New Weapons To Use

In Chapter 5, you’ll wield classic WW2 firearms, katanas, and anything in between. Yes, you’ll be able to enjoy the distinctive eighth-round “ping” from an M1 Garand when the Chapter launches, along with three other main weapons.

The first of these is the Type 99 Arisaka. Available for the Recon class, this weapon is based on one of the strongest military bolt-action rifles ever manufactured. Medic class players will be able to deploy with the Type 100, a Japanese SMG, which will come in handy in close quarters thanks to its rate of fire and control. Finally, there’s the powerful M1919A6, a medium machine gun for the Support class. Use this belt-fed beauty to suppress enemies from medium to long distances and, as with all Battlefield V main weapons, unlock and choose the right Specializations to make it fit your playstyle.

As the Tides of War continue, Chapter 5 will bring the M3 Grease Gun, Nambu Type 2A, Type 97 LMG, and M1918 A2, too. Handed out as a Chapter Reward, the Jungle Carbine can be added to your arsenal, too – the same goes for the Type 94 and the Model 27 sidearms. Finally, Tides of War will expand the Assault class’s arsenal with an explosive gadget: the tank-busting Lunge Mine. 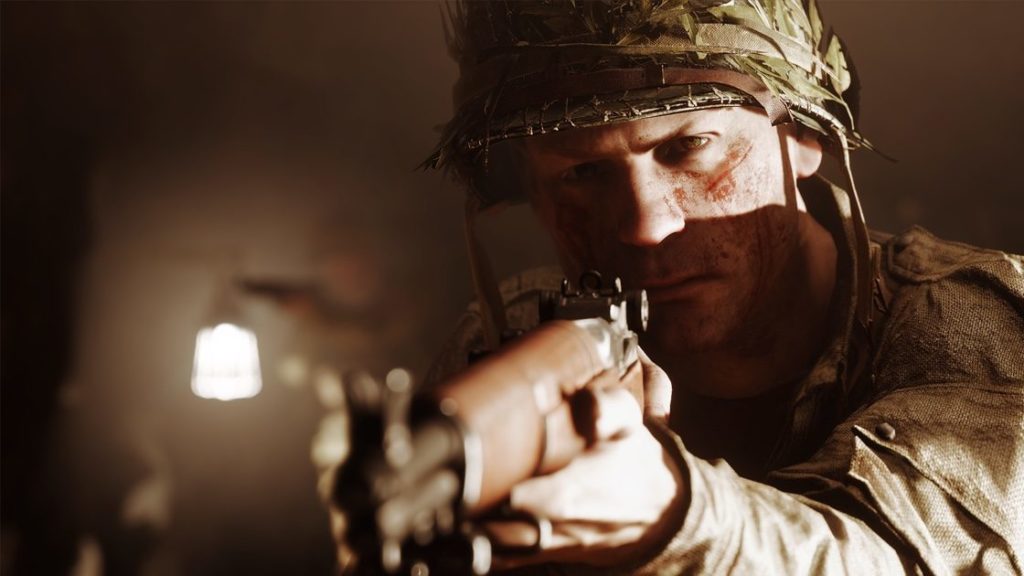 The previously mentioned katana is a Battle Pickup, meaning it needs to be found on the battlefield to be equipped. Both factions can use this time-honored melee weapon when the action gets close and personal. Chapter 5’s other Battle Pickup is the M2 Flamethrower, and its man-portable backpack design will make you highly effective against groups of enemy infantry.

The legendary M4 Sherman is a medium tank for the U.S. side with sturdy armor and decent speed. Use the main cannons, machine guns, and sheer massiveness of this steel beast to support your team and win the objective. The Japanese equivalent is the Type 97, a tank with similar characteristics. Man its 57mm main tank gun (or higher-caliber cannons if you’ve unlocked the Specializations!) to take care of the invading forces and wisely use smoke and repairs to survive.

Immense firepower is one thing. But getting from A to B is crucial to PTFO, too. The agile LVT and Ka-Mi Light Amphibious Tanks take you across both land and sea, granting many new strategic options for securing your objectives. The Dinghy is another fast (but more vulnerable) way to get across water. When you need quick access to the action – or a hasty escape – jump into the MB Jeep or the Type 95 car.

Want to rule the sky? Your U.S. Company will be able to pilot the F4U Corsair, which comes in both a Fighter and Bomber variant. Pacific air space will also be occupied by the Japanese Zero Fighter, which comes in the same two variants.

Unlock and choose Specializations to make your vehicles even more efficient and fitting for your play style. With Chapter 5, we’ve added even more branches to the Specialization trees of the new land and air vehicles, giving you more variety. 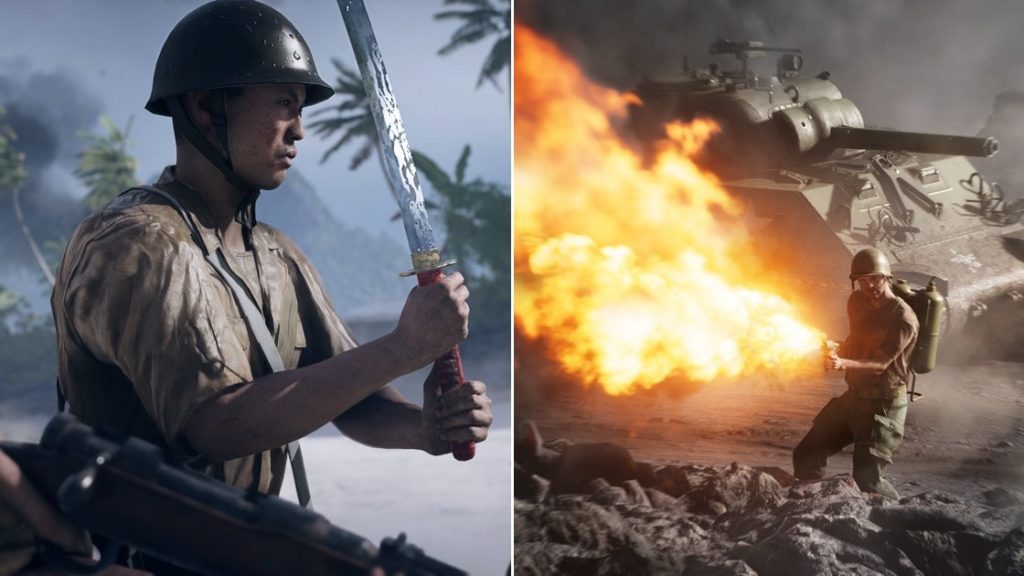 As for Reinforcements, the U.S. side can unleash the Sherman Calliope, a Rocket Barrage Tank bringing devastation to enemy infantry and vehicles. The Americans will see Reinforcement favorites return, too, like the JB-2 Rocket, Supply Drop, Smoke Barrage, and Sector Artillery. If you deploy as a Japanese soldier, your squad can access the same pre-existing Reinforcements, with the KI-147 I-Go rocket being the JB-2 equivalent – along with a Rocket Barrage Tank similar to the Sherman Calliope. 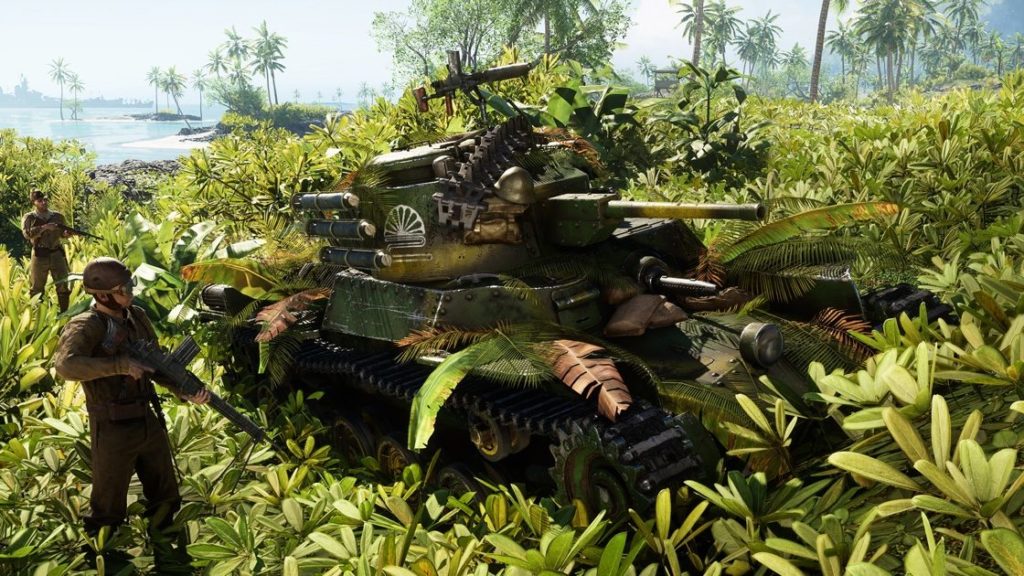 Every battle is its own reward – but there’s even more in it for you. By simply playing Battlefield V during Chapter 5: War in the Pacific, you’ll earn Chapter XP and climb the Chapter Ranks. Each new rank earns you one or more Chapter Rewards like weapons, soldier outfits, weapon skins, melee weapons, Special Assignments, and more.

With Chapter 5, we’ve sweetened the pot for the Chapter Rewards even further. The Jungle Carbine primary weapon, the Epic Nighthawk outfit, and the Model 27 sidearm are some of the many rewards you can reap when getting experienced in the Pacific. 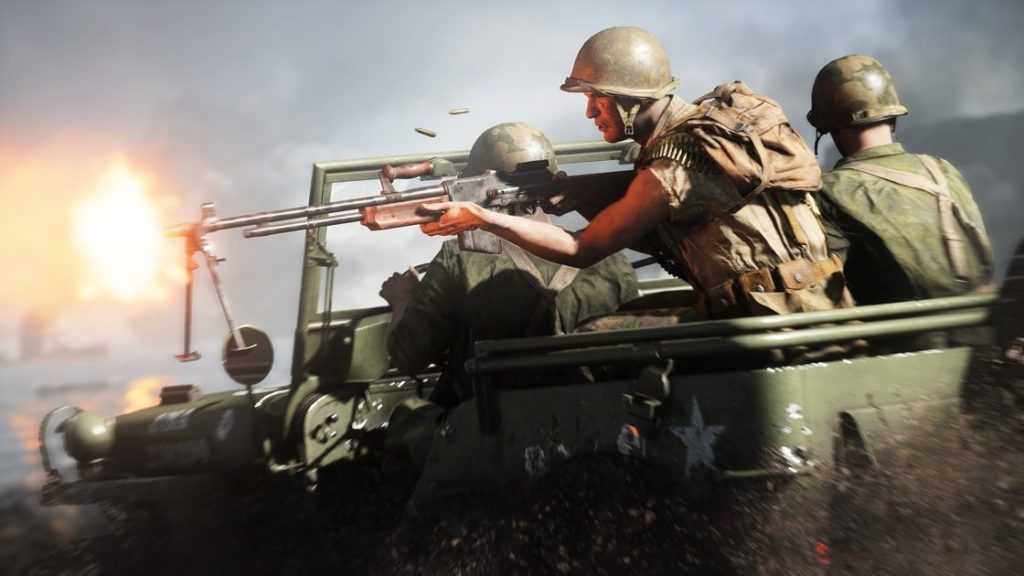 Check out the awesome new Battlefield V trailer below!