Battlerite Royale Will Be Free To Play This Weekend

Battlerite Royale Will Be Free To Play This Weekend 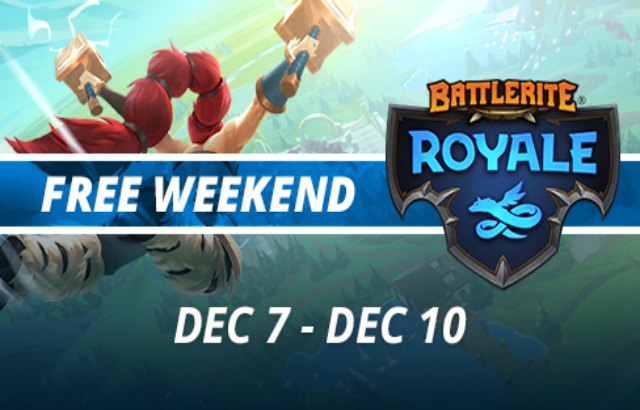 Stunlock Studios invites players to jump in their MOBA and battle royale mash-up, Battlerite Royale, for free starting December 7th at 9:00am PST until December 10th at 9:00 pm PST. In addition, Battlerite Royale will be available on Steam with a 50% discount from December 9th at 9:00 am PST till December 12th at 10am PST. Currently on Steam Early Access, the game is slated for a full commercial release in 2019.

The free weekend is the first of the series of goodies coming to Battlerite franchise for the festive season, including the major Yuletide patch loaded with new content arriving next week. For more information, visit: https://press.battlerite.com/yuletide/

In Battlerite Royale players skydive from the back of a wyvern and land on Talon Island to explore the lush and colourful surroundings, stumbling upon a variety of items and intriguing consumables such as barrel disques, rocket boots, and bear traps. During fast-paced, cutthroat matches players rely on vigilance and quick wits, utilizing treasured collectibles to overthrow opposing players, grab their loot, and ultimately be the last one standing.
The Early Access launch of Battlerite Royale features 20 different Champions to choose from, each with unique fighting styles, so even the most demanding players will find the right fit for their own play style. The signature Battlerite combat and input system is familiar for arena veterans, though all Champions have been revamped for Battlerite Royale.