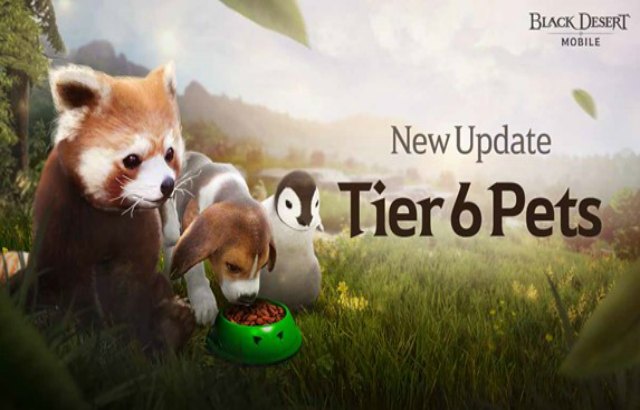 Pearl Abyss announced today that various new updates are now available in Black Desert Mobile. Adventurers can start off their new year by exploring the new updates and rewards.

Tier 6 Pets have been added to Black Desert Mobile. They have more powerful skills such as higher Combat EXP, Black Spirit EXP, and Attack and Defense Points. Adventurers who are keen to obtain their own Tier 6 pet and the additional skills they possess, can have a chance of obtaining one when they exchange two Tier 5 Pets.

Moreover, various new features are available for guild members. The funds received from Node Wars and Siege Wars has increased, and a Medal of Honor will also be given as a reward which can be used to purchase various other items. The Hidden Banquet Ball has also been revamped so that the probability of obtaining a reward, and the value of sellable loot, are higher.