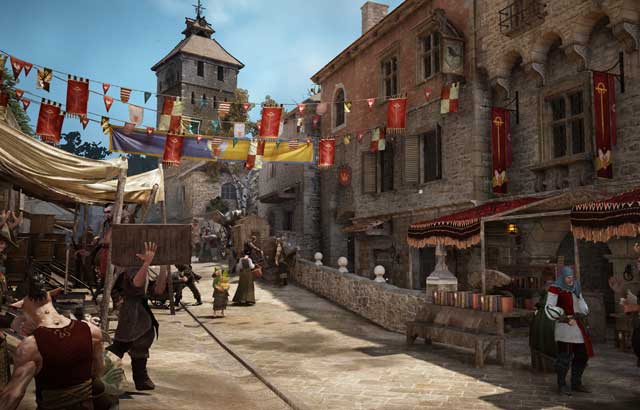 Black Desert Online is due to receive the massive Margoria expansion next week. In preparation for this, the team behind the MMORPG has been slowly releasing content. The 2.58 GB pre-loading update from last week added a range of features ahead of the expansion.

The upcoming Margoria expansion has been confirmed to be the largest expansion for the game. It’s uncertain just how big it will be but the developers are slowly pre-loading it.

Yesterday, the team released a new update ahead of the expansion. The update contains a range of new features and some minor bug fixes. Event fans will be pleased to learn that the January 18th update contains two events.

The biggest addition to this update however is the brand new House Fame System. The system will provides players with rewards depending on their House’s Fame score. The House Fame score is the sum total of the Fame score of each character with that family name.

Fame is separated into three categories: Combat, Life and Special.

According to the patch notes, Fame is calculated from the appropriate stat levels for each player.

Players will get rewards at the daily reset for their Fame levels each day and these rewards can accumulate over time. The patch notes don’t go into a large amount of details about how the system works so players will need to discover this for themselves.

Other additions in this update includes two event which will continue though the month and into February. Several new store items have been added to the game including a Fluffy Puppy pet and a 30 Day Value Pack which contains a range of benefits.

The Margoria expansion is due for release on January 25th next week. The expansion will be the biggest one in the history of Black Desert Online and it’s still unclear just how large the download is.