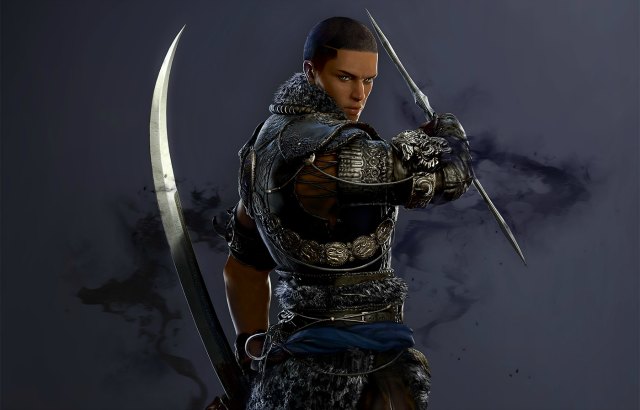 Pearl Abyss announced today that its first global and online user event “Heidel Ball: AT HOME” was held successfully on May 30, 2020. Live-streamed worldwide, the special event revealed Black Desert’s content roadmap for the second half of the year, which included a first look at the new class “Hashashin.”

Heidel Ball: AT HOME was designed to create a special environment for Adventurers across the world to communicate with each other and give feedback to the Black Desert team. Due to the ongoing COVID-19 pandemic, the event was held online and was live-streamed in 9 languages on Black Desert’s official YouTube and Twitch channels where 60,000 Adventurers tuned in to watch the event.

During the event, several upcoming content releases were revealed including the long-awaited new class, Hashashin. Scheduled for release in July, 2020, Hashashin is Aal’s warrior who can manipulate sandstorms using the power of the native Valencian god. He engages in melee combat using the Shamshir as his main weapon and escapes from dangerous situations by wielding sandstorms that may also be used to subdue his enemies.

Moreover, Adventurers will be able to explore a new, yet unnamed high-altitude region covered with snow that lies south of Mediah. A special server offering highly challenging hunting grounds and enticing rewards will also be added. Furthermore, various content such as the global version of Arena of Arsha, Zodiac Signs, and renewed versions of Horse Races and Node Wars will also be introduced.

In the meantime, the Black Desert Summer Season will begin on June 10. Adventurers can pre-create their season characters and receive rewards such as a Papu emoji and exclusive enhancement materials until June 10.

Find more information about Black Desert SEA on the official website at sea.playblackdsert.com