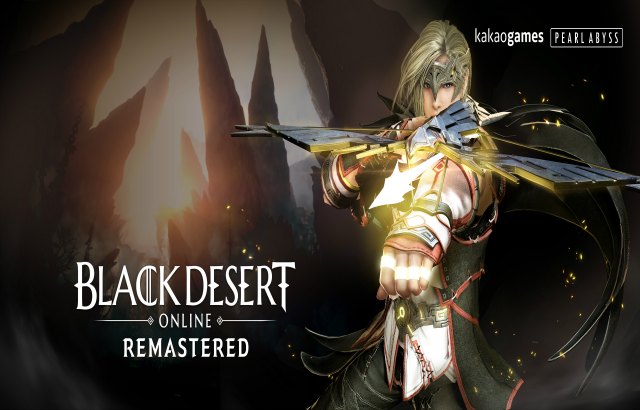 Pearl Abyss and Kakao Games have announced today that Black Desert Online will showcase its brand new Archer class for the very first time at this year’s TwitchCon which is being held at the San Jose McEnery Convention Center. The event takes place between the 26th and 28th of October.

Aside from checking out the Archer class, players will also be able to experience the brand new Drieghan expansion which is set to launch on November 14. All of this brand new content will be playable on 46 high-end Alienware Aurora PCs at the Black Desert Online Booth (#808).

Visitors will also be given a free game key worth $9.99 to start playing Black Desert Online.

The Archer, previously coined as the male ranger was a much requested class by the Black Desert Online community worldwide. As guardian of the Netherworld the Archer uses his Crossbow for his stylish ranged attack and skill combos. The Archer also uses various different magic skills that assist him in combat by upsetting the opponents’ balance, and wreaking havoc upon whoever stands in his way by bombarding arrows with his Crossbow from afar.

Drieghan, also known as the land of dragons and the ancestral home of dwarves is a huge new mountainous area in Black Desert Online offering new story content, quests and challenges. Adventurers will be able to travel to Duvencrune, the capital of Drieghan which shows a variety of environments of an alpine region. New monster areas such as ‘Sherekhan’s Grave, ‘Blood Wolf Town’, ‘Tshira Ruins’ will be released as well as the new dragon world boss, Garmoth, the Crimson Dragon. Players can also look forward to the Dragon Slayer, a brand new powerful craftable weapon which nearly matches the “Dandelion” weapon. This brand new update slated for a November 14 release will feature a large mountainous area, over 300 challenging quests, fresh nodes to conquer and a new menacing dragon boss called Garmoth.