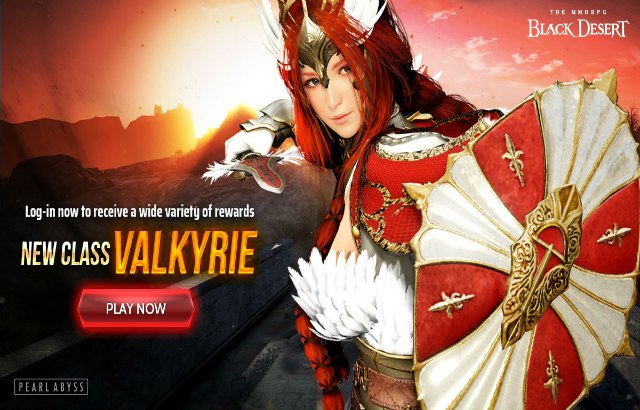 Black Desert players on the PlayStation 4 won’t have to wait long to get their hands on the Valkyrie class. According to an official Tweet, the Valkryie will arrive on Thursday, January 9th for PS4 users.

The Valkyrie is a female combatant who’s equipped with a sword, shield, divine magic and excels at mid-range combat. Her Awakening weapon is known as Lancia – Elion’s chosen and worthy of taking down even the staunchest of foes.

Additionally, for players looking for Pearl discounts and game package sales, most of it including the 50% off on the game for PS4 will be going away for good on January 17th so be sure to pick up what you need before then.

The Valkyrie arrives in Black Desert PS4 on Jan 9! Equipped with sword, shield, divine magic and awakening weapon Lancia, Elion's chosen is a force to be reckoned with.

Wanting the game and Pearls for a discount? The PS4 Holiday Sale is going until Jan 17 https://t.co/im8MmFNrlt pic.twitter.com/Wqxr3Nkx1C