Tons of Additions Added To MU Origin With Patch v1.3

Tons of Additions Added To MU Origin With Patch v1.3 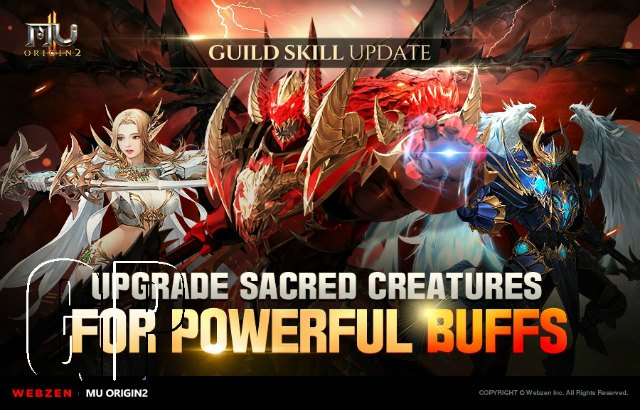 Mobile MMORPG MU Origin has some good news for players. Following the official launch of MU Origin 2’s global version on May 28th, this 1.3 patch brings the new Guild Sacred Creature to MU Origin 2 which will allow players to get even stronger by joining a guild and leveling up their sacred creatures’ skills. These 4 different Guild Sacred Creatures will be unlocked depending on the level of the guild and give all guild members a passive buff that boosts their stats permanently.

A new costume feature is now available for users to customize the appearance of their character with unique looks and is unlockable after reaching level 190 and completing the Two Bits of News quest. From outfits to weapons, wings to artifacts, each costume has its own specific option. When equipped, the option is applied to the character, making them stand out among others.

With the new Aether system, Aether will be unlocked after the character has reached level 280. To summon Aether, players will need to collect Aether dust in the Guardian Pet Ruin, granting their character new combat properties.

Two new Guardian pets, Shadow of Utter Darkness and Eagle Fairy are now ready to accompany   players into combat, and two Mount skins, Xanthos and Balios are now available in the game.