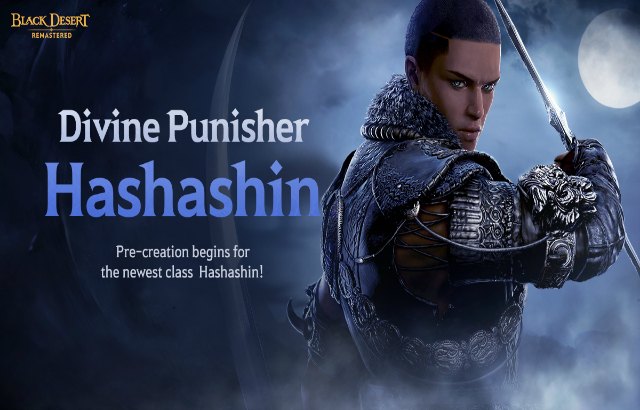 Pearl Abyss announced today that the upcoming new Hashashin class will arrive in Black Desert SEA on September 2. Adventurers can now pre-create this mysterious class and claim great rewards while waiting for his official debut.

Hashashin, who is the 20th class to be added to Black Desert SEA, possesses the unique ability of manipulating sandstorms. Using the power of his native Valencian god Aal, Hashashin is able to imbue sandstorms with the memories of a specific location then transport there instantly, no matter the distance. He can also summon sandstorms to sweep over his enemies and cause devastating damage. Starting today, Adventurers can pre-create the Hashashin class until September 2, and earn special rewards such as a pet (pearl item) by doing so.

Last but not least, the Secret Quest Challenge will be available until September 2. Unlike the previous Challenges, the current Secret Quest offers global ranking rewards that are given on a per-region basis. This will allow Adventurers across the world to enjoy the Challenge in cooperation with each other by creating and sharing their own strategies.