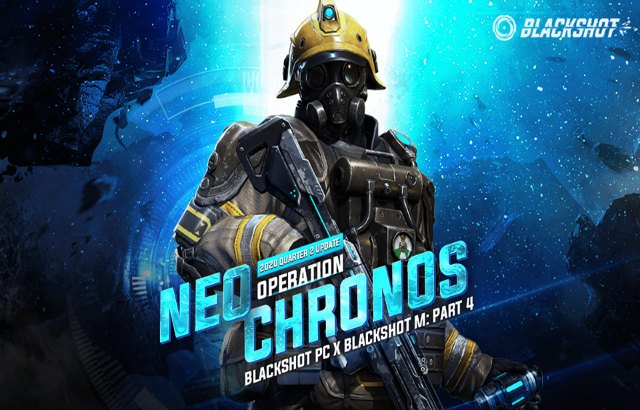 In the fourth stage of its Operation Neo Chronos crossover with its mobile counterpart BlackShot M:Gears, popular online First-Person Shooter BlackShot has been further augmented with a suite of new weapons, a new character, and a map update that introduces a new map while returning a few classics.

Joining the mercenary ranks of BlackShot is new character Sam, a frontline shock trooper who is heavily armored and known for fearlessly charging into enemy territory. Thanks to his advanced armor, Sam is capable of resisting direct shots to the head, making him ideal for players who like confronting their foes head-on.

Along with Sam, a variety of new weapons added to the game include futuristic offerings such as the HK416D Neo Chaser assault rifle, DSR Neo Serpent Sniper Rifle, and FW-RS Neo Panther SMG, along with classics like the SA58 and DSR1.

A brand new map is also included in this update: Oil Station for Team Deathmatch mode. Surrounded by heavy machinery, players will have to navigate this industrial complex as they strive to annihilate the enemy team. Additionally, classic BlackShot Team Flagmatch maps will be making a comeback: Mean Street, Broken Cage and Normandie.

As BlackShot continues its march through 2020, more characters, weapons and maps will  be added to its ranks in Operation Neo Chronos.