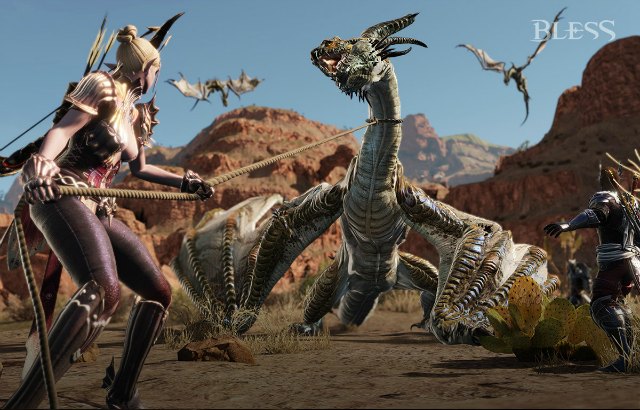 The past two days have been rocky for Neowiz, studio behind the Korean MMORPG Bless Online. The game has just launched globally on Steam, featuring a new combat system and payment model. Unfortunately, everyone that got one of the three Founders Packs to get into the head start have been terrible experiences. What are the issues so far?

And these are just the widely reported ones. Today, there’s even talk of a duping bug which Neowiz have not even come out to confirm or deny. So what are Bless apologizing for now that it’s out of Advanced Access and fully launched? Let’s take a look:

“I would like to address the connection, login, and server crash issues from the large influx of players that some of you have been experiencing. First of all, we would like to sincerely apologize to everyone who participated our Head Start as Founders for the recent issues which resulted in long waits and many inconveniences.”

The entire development team is committed to identifying and addressing the causes of current performance issues and we are doing our best to solve them as our TOP PRIORITY.

What we have been doing:
What about the many issues remaining? Here is what will be fixed with the (V1.0.0.3) update which is being applied today, May 30th.

“Again, I would like to sincerely apologize to all the players who experienced any inconveniences due to server problems or connection errors. We will be a development team that communicates with you.

We know that these issues are just a few of the things that need to be worked on with the Early Access of Bless Online. We chose the Early Access format on Steam because the development and release of content for Bless will be a many-layered process throughout the EA period. We understand that many players are disappointed that not all of the content they expected to be in at Early Access launch is there.

Along with the performance issues, our top priority is addressing the reported potential item duplication bug. Once we can replicate this issue and solve it, we will let all of our players know.

Most importantly, we know that there is end-game content missing that many of you expected in this first Early Access build, given what’s available in the other versions of the game. Additions like the 15v15 PVP and new high-level dungeons will be added in 1-2 weeks’ time, with more to come soon after.

Bless Online’s Early Access was always intended to be a growing experience, with systems and content being added in the weeks and months ahead; this is why we chose the Steam Early Access program. We are sincerely sorry that our players were led to believe otherwise, and we are happy to allow refunds for those who feel they cannot wait for the new content to arrive. We hope that you will return to the world of Bless when the features you expect are in the game and ready for your participation.”

While sincere, and definitely correct to tackle performance issues so that many who paid can play, there are lots of things that are still going unaddressed. When these issues get fixed, how will Neowiz finally address gameplay? Classes don’t seem balanced, content seems underwhelming, and we can go on and on. Keep your eyes on this one folks, and if you’re thinking of jumping into Bless, give it a few weeks and see how it develops first. Check out the full apology post here.