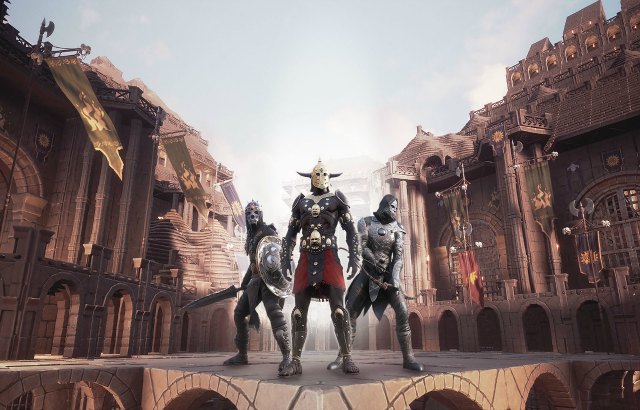 Funcom today has released its latest DLC, Blood and Sand for its survival MMO Conan Exiles. Available on the PC, PS4 and Xbox One, the DLC costs $9.99 although regional price may vary.

The update introduces new exquisite weapons, ferocious armor and new arena building pieces to the The Exiled Lands. In total, there’s over 60 new items in total that you can wear or use to decorate your blood-soaked arena for friends and tribe mates.

Additionally, the game also launched a free update. This contains several various bug fixes, additional items and a PvP overhaul. The free update introduces the Battle Standard, which can be placed to create PvP zones. This will allow players to create massive arenas and fighting pits, even on PvE servers. Participating in PvP on PvE servers will be entirely optional.

All the new content in Blood and Sand is exclusive to this DLC and adds a host of new visual options, but does not give any in-game advantage in power. All the new items have comparable stats to existing items.

Well that’s that then. You have everything you need to paint your arenas red with the blood of friends or foe. For more information check out the official blog and the Steam store.