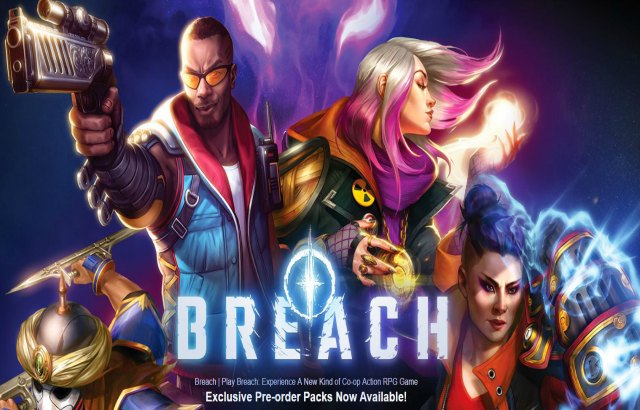 Action RPG Breach is facing uncertain times ahead as its developers QC Games has shut down its studio today. In a community post, the studio expressed gratitude to early access players and the everyone involved. For the time being, the Breach servers will remain online. However, all microtransactions are turned off. More details about what the game’s next steps are will be relayed in the near future. See below for full excerpt of the post.

Unfortunately, today is the last official day for QC Games, as we begin winding down internal operations on Breach. We’re sure you have a lot of questions about Breach, your accounts, and the future of the game. Our team is still working on defining what this means for Breach and for our community, and we’ll post an updated article soon with answers to as many questions as we can cover.

Servers will remain online at this time and we will be turning off the ability to purchase both the Breach Starter Pack and in-game QC Points tomorrow (April 4th) during a maintenance period. Servers will come back online after our Thursday maintenance for those that want to continue to play Breach, and we hope to provide more information soon.

In Breach, players can choose from dozens of classes with endless customization options and the ability to switch to any class at any time. From the explosive Gunslinger that mixes magic with technology, to the time-bending abilities of the Chronomancer, all the way to the aerial juggling combos of the Auros Gladiator, there’s a play style for every kind of gamer in Breach. In addition to customizing the perfect hero, players can take on the role of the main antagonist, the Veil Demon. Conjure traps, summon elite creatures, and use the power of possession to control enemies including massive boss monsters to prevent heroes from completing mission objectives.