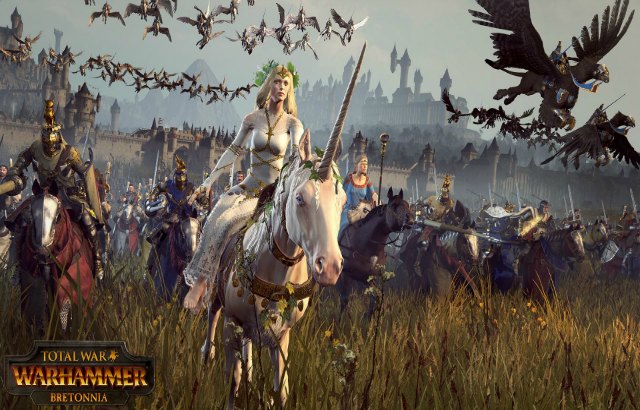 The Bretonnia faction has been in the game since launch, but players cannot use them in the main campaign. This has been a cause of frustration to the community, and modders have made alternate ways to use the faction in game. Therefore, the timing of this announcement couldn’t have been better.

The free update will coincide with the arrival of the Old World Edition of the game. That DLC will consist of all the previously released factions to-date. For players who already own most of the DLCs, there won’t be a need to purchase this.

This will take the game’s total faction count to 8 factions and will more than double the amount in multiplayer. Factions are important for the game as they are what differentiates the units and play styles.

It will be really exciting to see how Bretonnia holds up as a faction in multiplayer mode. Currently, the Vampire Counts and The Dwarves are fan-favorites but that could change. In the Grand Campaign, the addition of this new faction will also provide players with more options. With a starting location on the far west of the map, players will now need new strategies to compete for domination.

Players will be looking forward to the remaining unreleased factions now. One such faction are the Skavens. Skavens are rat creatures that plague the Warhammer world, and their inclusion as a faction would make things interesting. But for now, the Bretonnia faction will keep the player base occupied for the foreseeable future.