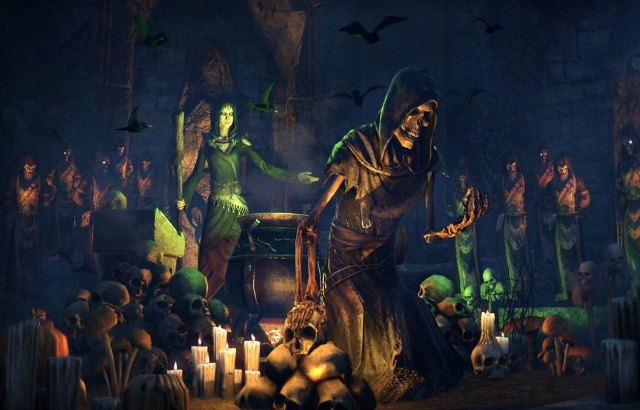 The ghostly spectre of the Witches Festival has returned to Tamriel! Want to take part in this spooky celebration, enjoy a bonus to XP gains, and earn terrifying rewards? Read on to find everything you need to know about this ghoulish gala.

To participate in the festivities, follow the steps below:

In addition to the XP buff, throughout the festival you can earn some Witches Festival-themed loot by helping to keep Tamriel’s numerous monsters at bay.

During the event, all boss monsters (such as World Bosses or those found defending Delves, Group Dungeons, Public Dungeons, Trials, Arenas, and Dark Anchors) will drop Plunder Skulls. You do notneed the XP buff or the undead polymorph active in order for them to drop.