The Eastertime Fete Event Has Begun On RuneScape

The Eastertime Fete Event Has Begun On RuneScape 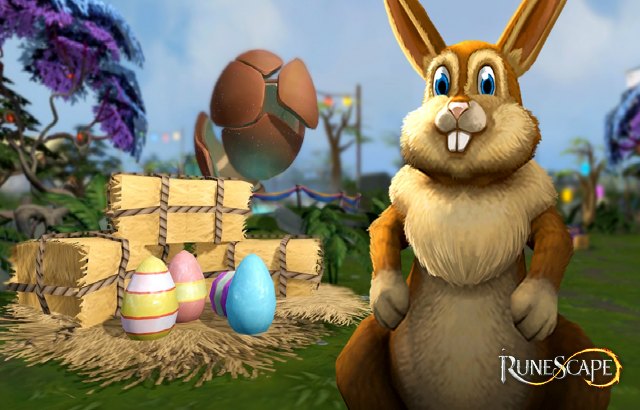 The egg-cellent Eastertime Fete has started in RuneScape, with an Easter-themed, time-limited event launching today, Jagex has announced.

Running to the end of April, players will support different guilds taking part in the fete through side-quests and tasks to try and win a mysterious egg found in Gielinor by the Easter Bunny. They’ll also have the chance to gather fragments of crystallised chocolate eggs that when combined create a special reward. The event also allows players to donate RuneCoins that will be converted into a real-world donation to Jagex’s two chosen charities: The Prince’s Trust and CPSL Mind.

In addition to a rare chocolate egg, the event’s rewards also include Imperial Coronation Armour and a wacky Easter-themed ‘Chick-Axe’ weapon.