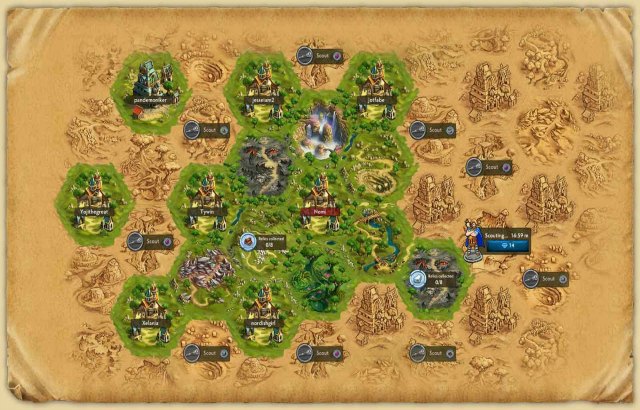 City-building MMO on browsers and mobiles, Elvenar, has launched its third season with all new content for players.

The Zodiacs of Autumn have formed, and the centaur Glisal will accompany players from September 7th through the 27th. With the magic of Kirit and Krarak a new link to the divine realm has been established. This year, the wise and mighty Moon Bear will join his three Bear brothers. Will players be able to please the Gods and harness all his powers? Together with Glisal, the centaur who visits every year to accompany players during this magical season. Helping him fulfilling his quests will help players raise their new bear cub to a strong and mighty beast.

Players can solve Glisal’s quests to gain Golden Keys, which they can use to access Spheres containing Daily Exclusive rewards and other prizes. Amongst others, brand new buildings and some returning buildings from previous Autumn events can be won. By unlocking Spheres, players will also acquire Stardust which lights up the stars in the night sky and brings clarity to the constellations that guide them towards the Grand Prizes. Golden Keys can also be found in the surroundings of the own city.

Amongst the Grand Prizes of this event, players will find Moon Bear Artifacts. They can be used to grow a very own Moon Bear that this event will bring to the own city. The quest line consists of a story section and additional episodic quests. It starts as soon as the story is completed. This means that players will be able to finish the first series of quests right away, while later quests have new additions released daily, allowing players to continue to play one additional event quest on each new event day.

Elvenar is available for the browser, iOS and Android devices and can be played for free.