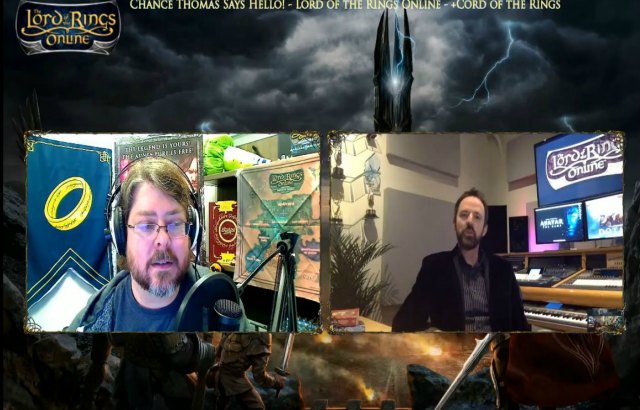 In the livestream, Chance mentions that the deal was agreed sometime ago but took awhile to finalize. Chance of course, is no stranger to the MMORPG. He was right there in the beginning, even when Sierra was involved before Turbine. He created the scores for well loved places in-game such as The Shire, Moria and recently for the Riders of Rohan soundtrack.

Fans of the game and composer have been calling for his return since 2013. When LOTRO announced that Chance would be parting ways, they even started a petition to bring him back. Years later, players are finally getting the music they deserve. Chance Thomas is known for getting Middle Earth’s tunes just right. With a lot of research and appreciation for Tolkien, the marriage between composer and IP could not have been a better match.

We are now very much looking forward to the darker themes that will appear in the Mordor expansion. According to the livestream, he is already working on the theme for Udun. It’s just a shame he was not around to score Gondor in the past three years. For the full livestream announcement and interview, check out the video below.