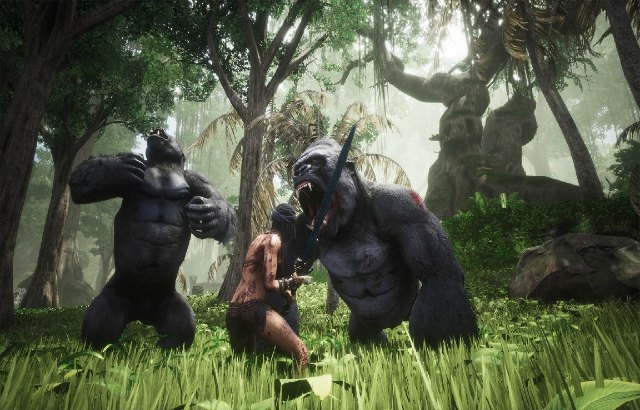 Conan Exiles is Funcom’s take on an open world, survival Conan world where players write the stories and create the fun with the tools at their disposal. The game is finally exiting early access to launch globally on May 8th 2018, and much has changed. Since our review almost a year ago, the dev team has continued to iron out issues and improve gameplay based on early access feedback. Now that we’re a month away from launch, are the new changes worth checking out? Here’s what’s coming. 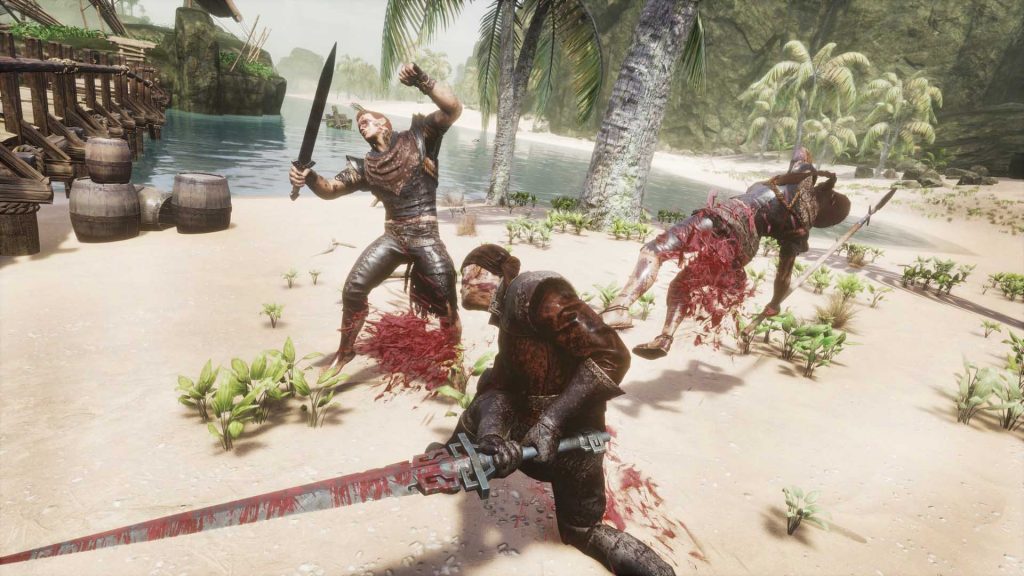 The new combat system is very different and a huge improvement on the old one. The new system for Conan Exiles will have the brutal, tactical and savage combat which a Conan game deserves.

The first thing you might notice is the new visual style. All weapons (swords, daggers, hammers, maces, spears, great swords etc) are getting their own attacks and animations. The attacks consist of a wide range of lunges, sweeps, jumps, cleaves, slashes and dashes. This makes combat much more fluid and interesting with a host of different attacks to perform.

With a host of new attacks, effects and weapons the new tactical possibilities of combat have been greatly increased.  Dash in with daggers and add stacks of bleed, before using the unique dagger backflip to escape enemy retaliation. Sweep away groups of enemies with powerful cleaves of your great sword and cripple their movement so they can’t run away. 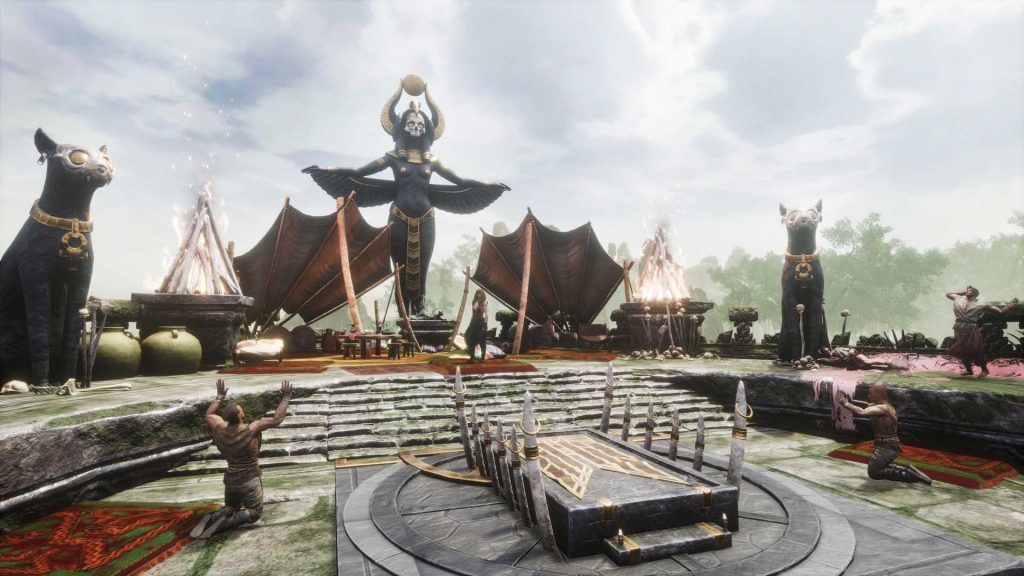 A major change is that players no longer heal over time as they play Conan Exiles. This can of course make many battles much harder as it is no longer possible to just run away, automatically heal up and then just return to the action.

Now you must eat food or drink potions to regain your health and all healing is done over time. Luckily there are so many types of food to eat in the game, from simple cooked meat to honeyglazed roast for example. This makes gathering resources for food and alchemy extremely important as you won’t last long in the wilderness without something to eat to regain your health.

Farming has been added to make it a bit easier to get your hands on many of these resources. You can now build planters in your base which allow you to grow different kinds of crops, like lotus flowers used in potions or for example hops, leavening or highland berries.

For launch we are adding an all new religion to Conan Exiles. Derketo is the goddess of both fertility and death. Her dual nature makes her avatar a sight to behold, as one half of its body is rotted away while the other is that of a beautiful woman.

With world map greatly increasing in size it can take quite some time to travel from one region to another. To make this process easier, there is a map room which you can build in your own settlement. It is shaped like a map of the Exiled Lands and is quite large and detailed. As you explore the world you will discover monoliths which you can attune to your bracelet. Once attuned you can teleport to that monolith from your map room. There is no easy way back, apart from dying and respawning on your bed, but with the map room you will at least be able to quickly travel to remote places in the Exiled Lands.

In addition to all the new features and content coming to Conan Exiles, the team also worked on rebalancing the content. They have also changed areas where creatures spawn and how they behave in the world. You won’t see large groups of random monsters just wandering the map like before, instead they have more specialized habitats and act more naturally in the world. You may notice that only the red shalebacks attack you on sight, as they are the more aggressive males or that when you are in an area infested with spiders you will see their nests and webs along the cliffsides.

The rebalance has also been done to feats, crafting ingredients, where you find resources and crafting recipes. It has been done to make the game deeper and more interesting in all phases. So if you are a returning player you will see that a whole host of little changes have been made.

These are some of the new things you can look forward to as Conan Exiles are nearing launch. If you already own the game, it won’t hurt to jump back in and experience these changes.