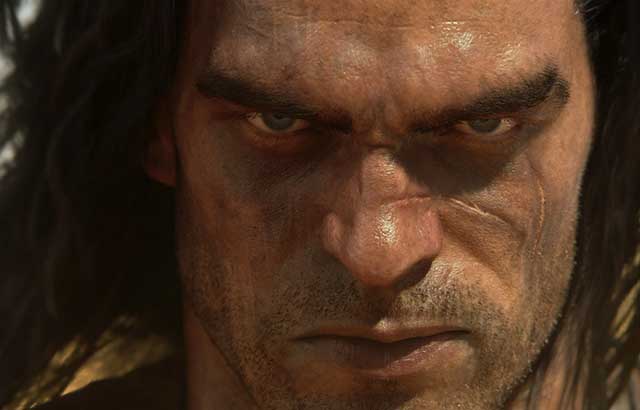 Funcom is the developer behind the highly anticipated MMORPG Conan Exiles and the team has been quite active lately. Late last week, they released information about servers and modding. Players will be able to host their own servers and modding will be integrated with the game. The latest blog post has finally unveiled the lore of the world.

Players take the role of a condemned exile who was crucified in the burning desert and left to die. Conan rescues the player from their slow death but leaves to continue his journey while players must survive alone. An “enigmatic serpent bracelet” has been strapped to the wrist of the player and it forces players to stay in the harsh Exiled Lands. While there will be a way to remove it later in the game, there is no way to currently take it off.

The Exiled Lands are filled with a range of creatures and groups of other exiled people. Not all groups in the game will be friendly and only a few details about them have been released so far. Players can however expect to see Bandits, Cannibals, Mercenaries and Treasure Hunters.

Ancient Civilizations seem to be very important in the world of Conan Exiles. A large number of strange relics and structures fill the harsh desert. Players will be able to explore them and discover secrets about these civilizations which still have some magic in them. For some reason, players are able to understand the strange language and have some limited communication with the relics.

The blog post details a strange city in the Exiled Lands which contains a variety of secrets for players to discover and also an arena. The team haven’t confirmed what the arena is for but they did hint that this could be a combat location.