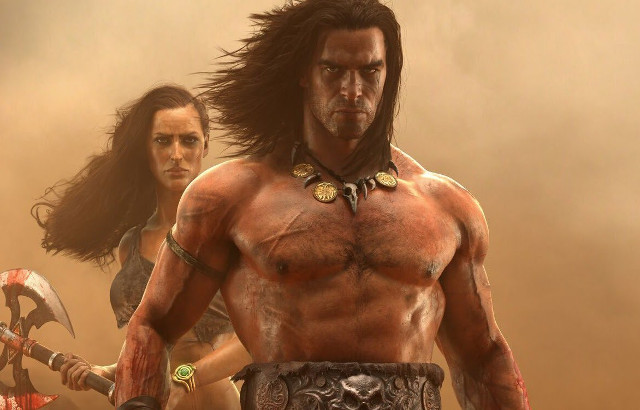 Conan Exiles, a brand new open world survival game by Funcom, has sold over 320,000 copies in its first week. The game was released on Steam under the Early Access program to great success this past week. Developers Funcom mentioned in a tweet that they are incredibly “humbled” for the support shown by players.

Conan Exiles also skyrocketed to become the number 1 game on the Steam charts based on units sold. The game’s popularity is undoubtedly because of the Conan IP, which Funcom has had for many years. But another factor is the sudden resurgence of open world survival games. Only a couple of years ago, Ark: Survival Evolved become one of the highest grossing Steam games of all time. The two games share many similarities, but mostly in the gameplay department.

In Conan Exiles, players take on the role of a man or woman that is rescued from Conan himself. From that point forwards, the world is yours to explore, build and conquer. Just like ARK: Survival Evolved, players must hunt for food and keep hydrated to avoid dying. Upon gaining experience points, you can then allocate points into crafting. Crafting is pretty comprehensive and players can build just about anything, from housing to weapons.

Of course, Conan Exiles rose to notoriety recently due to its character creator tool. Players could adjust the virtual size of their private parts, and can actually see them in its full glory in the game. But besides that, the game offers a nonlinear adventure where players are encouraged to group up and settle in the world.

While it’s still early days for Funcom’s Conan Exiles, the early sales boost will help the company greatly. Revenues could mean more future standalone projects to complement Funcom’s line-up of games and MMORPGs. Funcom are currently maintaining games like The Secret World, Age of Conan, The Park and Hide and Shriek.