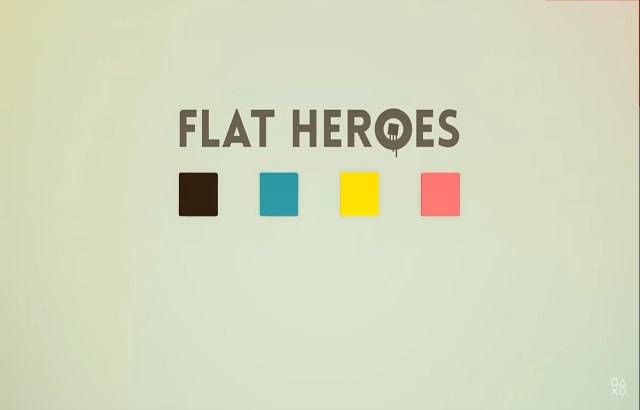 The much praised action platformer Flat Heroes will be coming to the PlayStation 4 console this week, with PC and Xbox One versions soon to follow. The launch date will take place on January 14th for EU, Australia, North America and Japan.

Flat Heroes is a fast-paced, minimalist and very intense action platformer with special care put into game-feel and intuitive controls. Players are confronted with wave after wave of challenging enemies and bosses in over 300 handcrafted levels. The game also features a unique minimalist style based on graphic design approaches like Flat Design and Material Design. It can be played on your own or with up to 3 friends in multiple cooperative and competitive modes resulting in fun and frenetic couch-coop sessions. The best way for players to get a glimpse of Flat Heroes’ uniqueness is to try the free demo published alongside the full game.
Now is the time to be a Flat Hero!

Flat Heroes launched (on Switch and Steam) to much critical acclaim (see awards and recognition in Fact Sheet), received a Metacritic score of 82, a Famitsu score of 32/40 and is now coming to PS4 and soon to Xbox One/Windows 10.