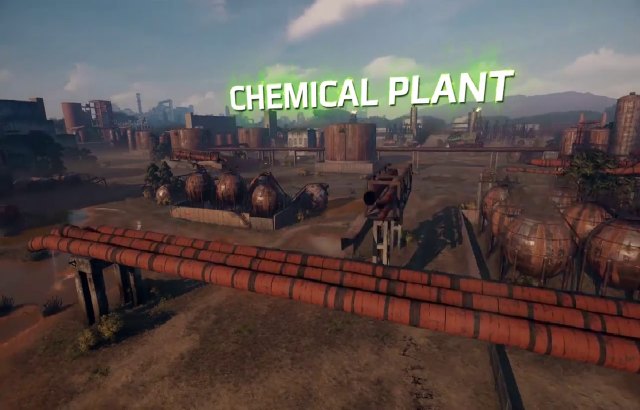 Targem Games & Gaijin Entertainment has announced the release of Content Update 0.10.80 for the post apocalyptic online action game, Crossout. Players will meet the final Horseman of the Apocalypse, try the Chemical plant map and participate in a new competition among engineers.

The new PvP map for Crossout features dusty industrial buildings, rusty pipes, dangerous chemical tanks and the remnants of a caravan destroyed by an artillery strike. Armoured cars navigate from cover to cover and clash for control over three key points: the railway station, the caravan explosion epicenter and the chemical workshop.

The fourth and final armoured car of the Horsemen of the Apocalypse belongs to Marina Pokrovskaya better known as Pestilence. She was a doctor once trying to battle a plague that killed one settlement after another When Marina ran out of medicine, she had only one remedy left – fire.

The elite pack “Crossout — Horsemen of Apocalypse: Pestilence” will be available in the game store from September 12th to November 14th. It includes the armoured car “Pestilence machine” (equipped with the epic flamethrower “Remedy”), the garage of The Four Horsemen, cosmetic items and Marina’s portrait.

Lastly, the game menu now has a tab called “Clash of Engineers” that is basically a hub of various thematic armoured car construction contests. For example, right now players are trying to figure out what could be the “The Fifth Horseman of the Apocalypse” and how their car would look. This clash does not require any shooting at all: the winner is chosen by a player vote.