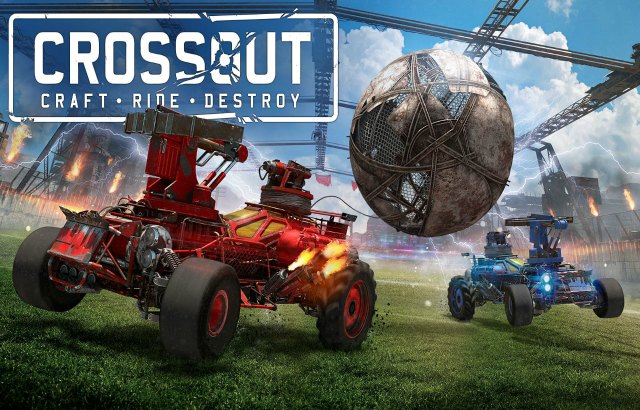 Targem Games’ and Gaijin Entertainment’s post-apocalyptic online action game Crossout is readying itself for the kick-off of the Wasteland’s first Football Championship, running June 8-21. Built from the ashes of Wasteland stands a massive stadium where teams of three face off in glorious football matches using heavily armed vehicles to score goals.

All players will be equipped with a custom Crossout car outfitted with two special weapons: a Crossbow to kick or pass the ball, and a Harpoon to grab the ball and pull it. Football teams that work together and utilize both weapons effectively stand the best chance for victory. For a proper first glimpse of the action, check out the event’s gameplay trailer here:

The rules of post-apocalyptic football are simple: Life is too short to worry about red cards. Anything goes, even if that means dragging the enemy goalie away with your Harpoon so that your teammate can score a goal. Luckily for all participants, the special weapons in this mode are completely harmless to other vehicles, but can be used against your opponents. Victory will be awarded to the team that scores the most goals during the five minute long match. Similar to old world football, a draw leads to overtime that is decided by whoever scores first.

For participation and victory, players will receive exclusive decals and decorative items for their Crossout vehicles, either to keep as a trophy or to sell to other survivors on the marketplace.

More information is available on the official Crossout website: https://crossout.net/en/news/584/current/#/