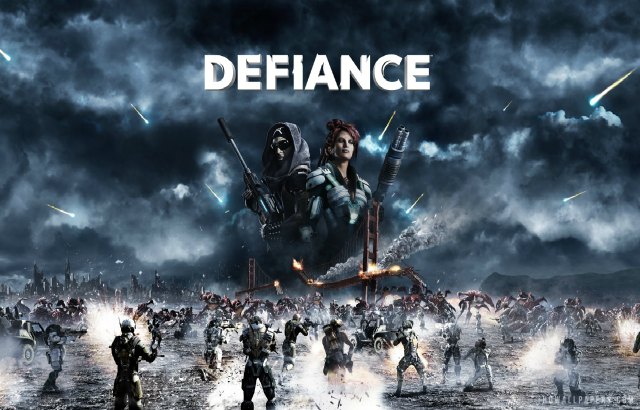 Remember the first person shooter Defiance from Trion Worlds? The one that had a parallel TV show that was supposed to affect the game? Yeah that one.

While the TV show on Syfy channel is long dead, Defiance is still going as an MMO. Furthermore, they’re making some tweaks to the game that still has a player base.

The game is introducing a new faction and currency that will make purchasing specific synergies easy. Synergies are upgrades for the player that will boost their character’s efficiency in-game. The new faction is called the Ex Inanis, and these vendors will accept the new currency for their goods.

As for the new currency, it will be the Purified Gulanite. Players will receive this for taking part in expeditions, emergencies, sieges, arkfalls and via contracts. Of course, to bypass the grind, you can buy a premium box from the cash shop.

“This enigmatic Gulanee, who is rumored to be the leader Ex Inanis, has been seen in a few emergencies in Paradise. He is wily though, and will remain for only 2 minutes after the emergency has ended. During this time, you will be able to purchase the following items from him in exchange for Purified Gulanite:

Overall, decent inclusions to the game. It’s good to see Trion still adding to this game long after the show got cut from the air. Anyone still playing?