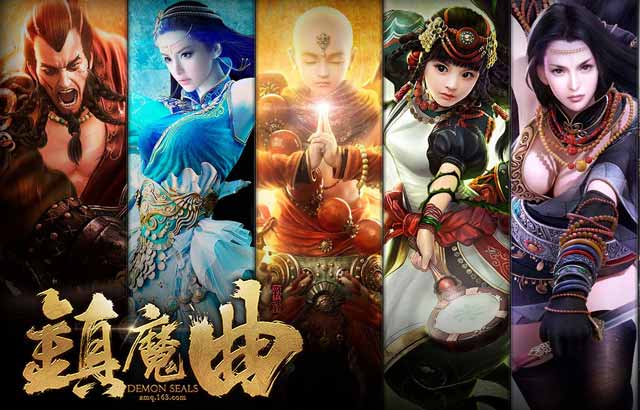 Demon Seals is the new MMORPG which features six classes with a range of playstyles to keep the game fresh and entertaining for all platforms; the developer has confirmed that the game will feature unique dungeons which contain a mix of combat and puzzles. Large-scale PvP has been confirmed to be featured in the game where up to 30 players can battle it out across the various battlefields.

The game entered open beta in China on January 6th for iOS devices and surprisingly, the PC version of the game was also launched on the same day. Both versions of the game are currently region locked to China however, some players have found a way to successfully download the client and launch the game. The VyprVPN software is usually used by gamers to get around region locks but reports from gamers suggest that this isn’t currently a solution to the block as this doesn’t seem to be working for many players.

NetEase has confirmed that an Android version of the game will be launching in the near future however, the developer hasn’t provided a release date just yet.

While the game is currently in open beta for China, there has been no word of a release date for other regions so excited gamers may need to wait several months to play the game. The PC version of the game is region-locked and while it may be possible to get around this lock, doing so seems to be quite difficult and other language settings may not be in the game just yet.