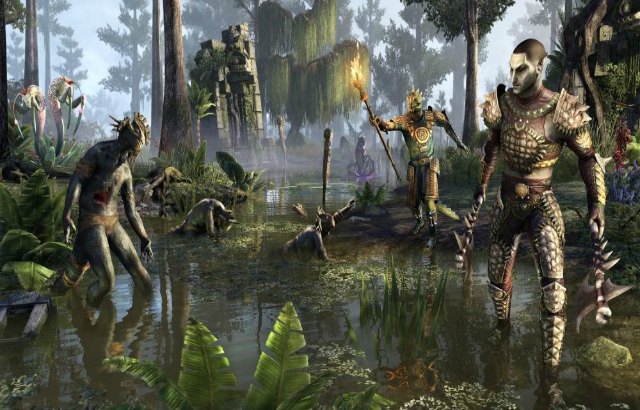 The Elder Scrolls Online has announced that the upcoming Murkmire DLC will be released on PC this October 22nd. Console players will receive the update in early November.

Players will adventure through a brand new zone in the Murkmire DLC, which will be available for free to all ESO Plus members. The update can also be purchased from the in-game store for Crowns. Additionally, all ESO players will get a chance to receive the Murkmire DLC for free as a Daily Reward during the month of November.

To acquire Murkmire as a Daily Reward, you’ll need to log in for a total of 24 days in November. This simply means no purchase is required and you won’t need to be an ESO Plus member to receive the DLC. Simply log in and claim the daily rewards for 24 days!

In addition to that, the prologue quests for the DLC are already live and players can start them by picking it up from the Crown Store. There are two stories to pursue, and both will give players some story and lore about the upcoming zone and its inhabitants. Completion will also reward players with some goodies including a new Momento and Pet.