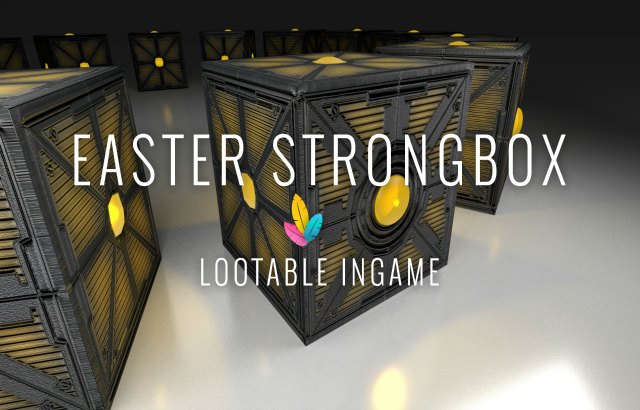 Players are requested to assist the Calypso Defense Force (CDF) to fight back against the waves of Evicerators, Spider Bombers, Defenders, Warlocks and Warrior robots to protect the Data Interceptors during the extraction process.

Participating players will be rewarded for their valiant efforts in the form of lootable Mayhem Tokens, which can be exchanged for exclusive event items at the Mayhem Token Trader.

Players can enlist in Easter Mayhem fun through the Global Events List from any planet in Entropia Universe. A full list of event rules, details and prizes can be seen here and additional images can be found here.

Entropia Universe is a living, breathing virtual multi-world online game where players can escape and create their own reality, choosing their own path and transforming themselves into whoever they want to be. First launched in 2003, Entropia Universe has continuously raised the bar for online virtual societies by introducing players to real-cash currency, limitless job possibilities, and a full-on item investment platform. Players collect and earn virtual currency (‘Project Entropia Dollars’ or ‘PED’) within the game and are able to convert this cash to and from their real-world bank accounts. Since launch, five other developers through the Entropia Planet Partners program have created additional planets, each with their own unique attributes and systems.